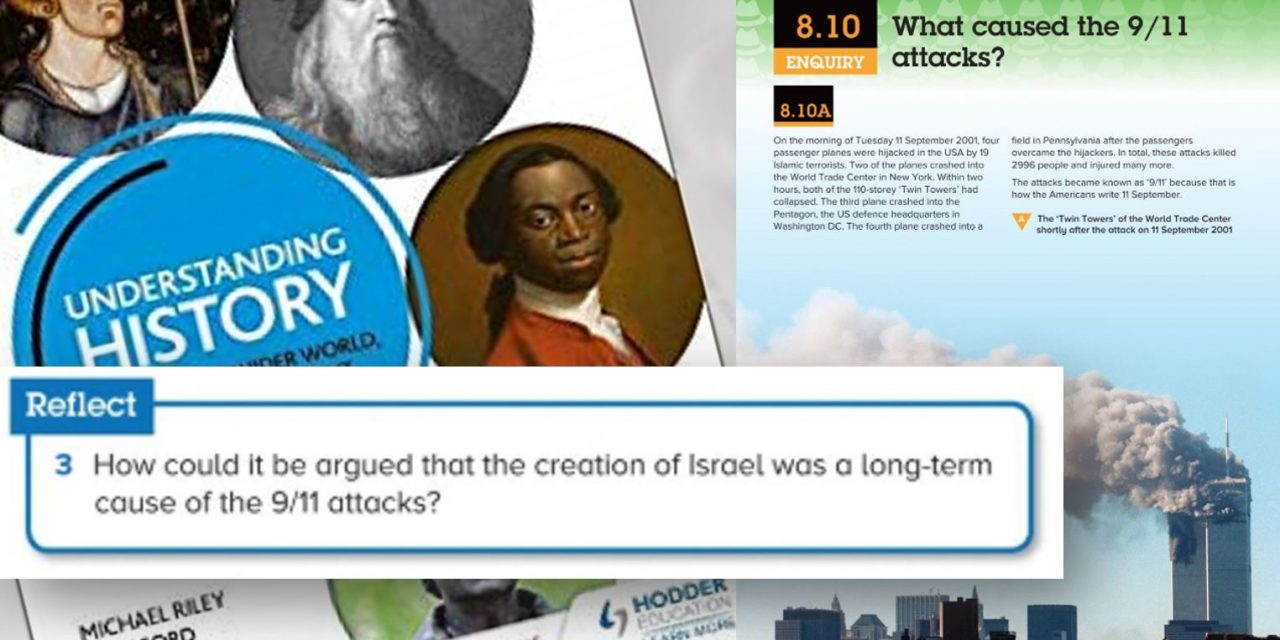 A Key Stage 3 history textbook has been removed from sale after it was revealed that UK pupils were being asked to consider “how it could be argued” the creation of Israel was a long-term cause of the 9/11 attacks.

Elsewhere in the chapter it says that Al-Qaeda targeted the USA because “they believed it was leading a Christian-Jewish alliance to destroy Islam”.

The book, entitled “Understanding History: Key Stage 3: Britain in the Wider World, Roman Times–present,” was published by the Hachette UK-owned Hodder Education Group and was written for pupils aged 11 to 14.

The suggestion that Israel may be linked with the 2001 attacks on the World Trade Centre is an anti-Semitic trope often peddled by conspiracy theorists.

The discovery was made after investigative blogger, David Collier, tweeted his findings on Wednesday. 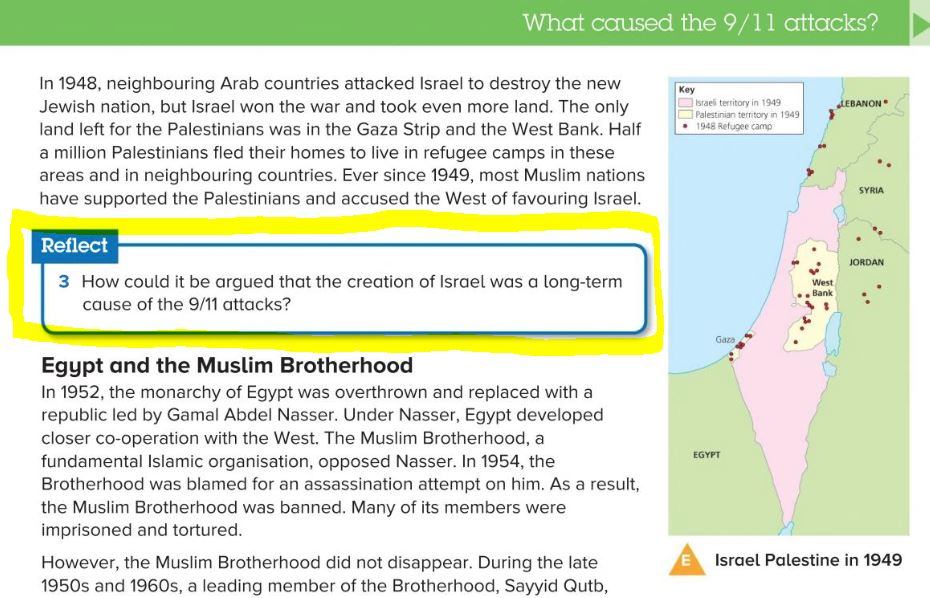 There are further worrying excerpts from the text. For example, two pages earlier (239), the textbook says that Al-Qaeda targeted the USA because “they believed it was leading a Christian-Jewish alliance to destroy Islam”. It goes on to ask pupils to consider causes that can be “traced back to the early twentieth century and to various countries”.

The section is also lacking important context. For example, Page 240 says that Jewish immigrants “poured into British-controlled Palestine” during the 1930s without any explaining the persecution many were facing. It refers to the tensions caused by the “new Jewish population” without indicating that there was a pre-existing Jewish population. It then explains Jewish migration after World War 2 without even mentioning the Holocaust. Pupils could also have benefited by explaining that Jews arriving in the Mandate of Palestine were returning to their historic homeland. 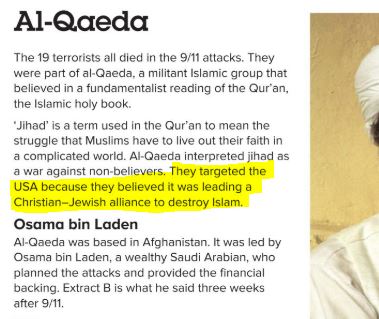 Others on social media have reacted to the curriculum example pointing out that in 1949 Jordan controlled the West Bank and Egypt controlled Gaza and that it is therefore inaccurate and misleading to say ‘Palestinians’.

A statement from the Hodder Education Group on Thursday revealed the textbook had been removed from sale. The company said it will publish a revised issue after a review of the material.

“We appreciate the phrasing of the question is not as precise as it might have been and we are very sorry for any offence this has caused,” the statement read.

The Board of Deputies’ vice president Edwin Shuker warned: “This sort of leading question is dangerous as it invites the students to find a link between the creation of Israel and the 9/11 terrorist attacks, which feeds into a prevalent antisemitic conspiracy theory.”

“This is an outrageous warped version of history,” he added.