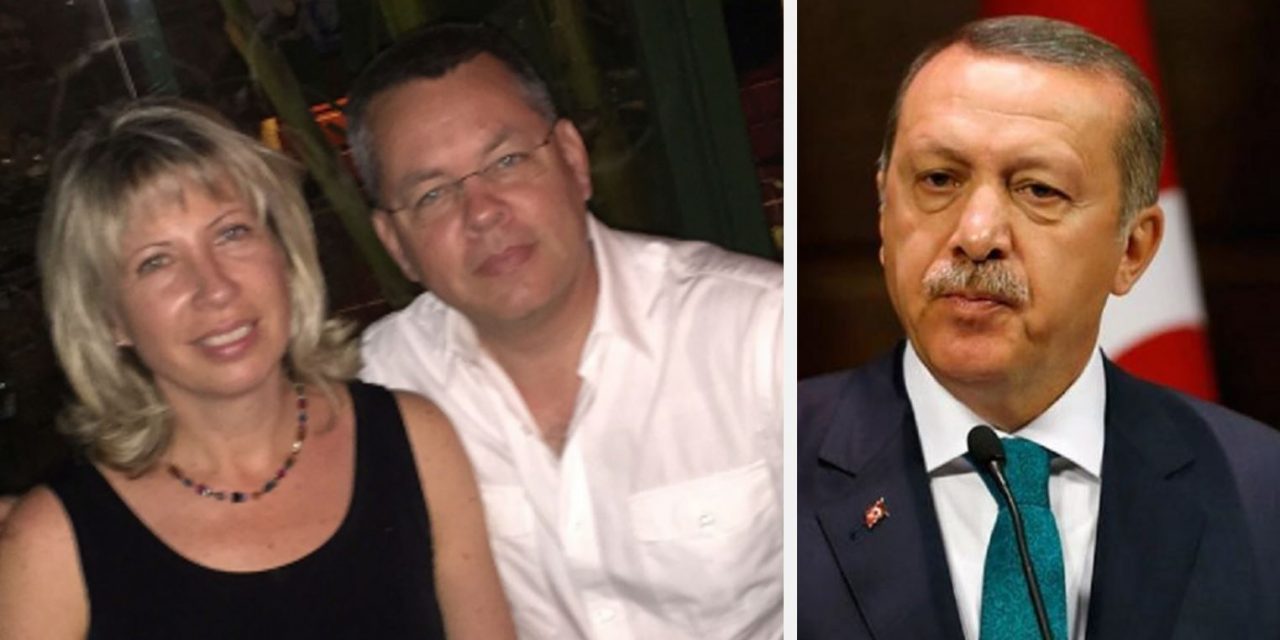 Rejecting the release of a Christian pastor who faces up to 35 years prison accused of “espionage”, Turkey’s President Erdogan has said that “US evangelist, Zionist mentality is unacceptable”.

Erdogan was speaking to journalists in parliament on Wednesday in response to a charge made by Vice President Mike Pence that American pastor Andrew Brunson was “a victim of religious persecution”. It also follows the announcement last week by President Trump that the US may introduce sanctions against Turkey for refusing to release the pastor.

“Turkey has no problems related to [religious] minorities. Threatening language of the US evangelist, Zionist mentality is unacceptable,” Erdogan said according to Turkey’s Anadolu agency.

The Turkish leader vowed to defy the US and “continue on the path we believe in without the slightest concession to our freedom, sovereignty, or judicial independence.”

A Turkish court rejected an appeal Tuesday to end Brunson’s house arrest. He is at the centre of an escalating diplomatic row between Turkey and the US.

The court in Izmir also refused to lift a travel ban that prevents Brunson, 50, from leaving Turkey, ruling there was no change in the “strong criminal suspicion” against the pastor.

Brunson, who has lived in Turkey for more than two decades, was arrested in December 2016 on espionage and terror-related charges. He was jailed until released to home detention on July 25.

The evangelical Christian pastor denies any wrongdoing. He faces a prison sentence of up to 35 years if convicted on both counts at the end of his ongoing trial.

President Trump demanded Brunson’s release and announced possible sanctions against Turkey last week. The Ankara government refused to back down and called on the US to respect Turkey’s judicial process.

The United States will impose large sanctions on Turkey for their long time detainment of Pastor Andrew Brunson, a great Christian, family man and wonderful human being. He is suffering greatly. This innocent man of faith should be released immediately!

“It is unacceptable for the United States to use threatening language against Turkey over a continuing judicial case,” presidential spokesman Ibrahim Kalin said after a Cabinet meeting.

“Turkey will never give up on its principled stance,” Kalin added. He reiterated that Turkey would seek international arbitration if the US refused to deliver F-35 fighter jets in retaliation.

Brunson, who is originally from Black Mountain, North Carolina, led the Izmir Resurrection Church in Turkey. He was detained in the aftermath of a failed 2016 coup for allegedly supporting outlawed Kurdish rebels and the network led by US-based Muslim cleric Fethullah Gulen.

Turkey blames Gulen for the unrest, but the cleric denies involvement in the coup attempt.