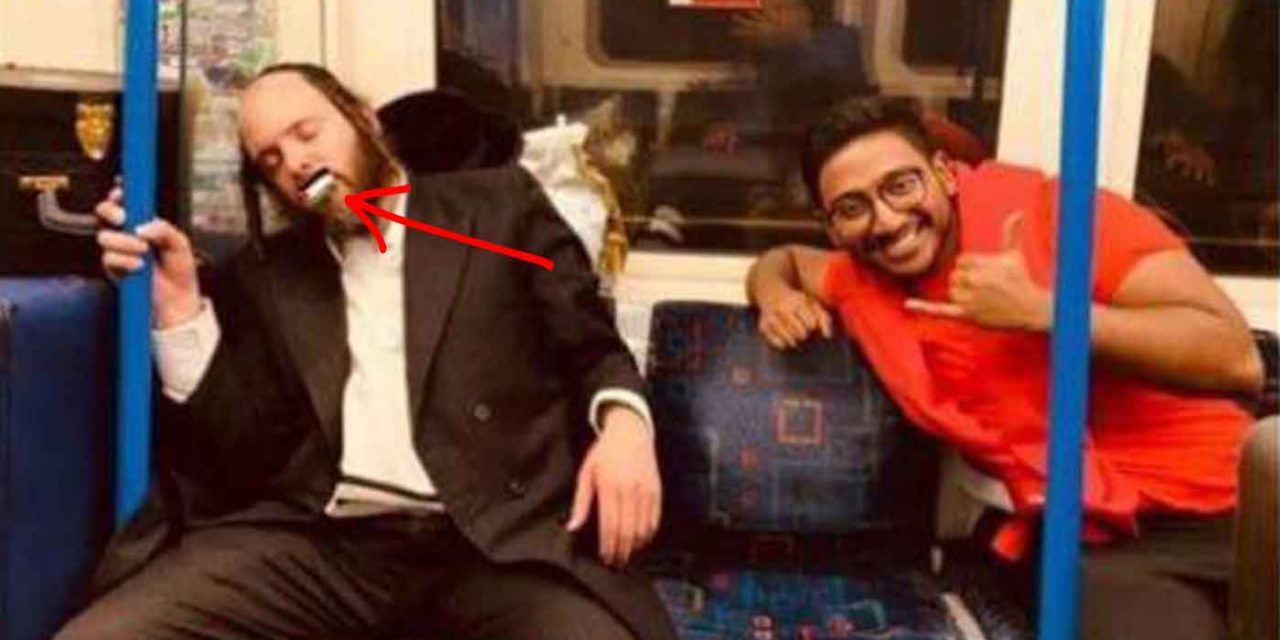 A Nottingham Trent University student who last month posted a picture of himself posing next to a sleeping Jewish man with a sticker of a Palestinian flag over his mouth has been expelled from the university.

Screenshots of the image were posted on social media, sparking concern and shock from online users late last month. Socialists Against AntiSemitism said, “The person on the right treats a human being like a zoo animal”.

The student is only identified as Jonathan, 20, and the incident is alleged to have happened on the Piccadilly line. It is unclear if the Palestinian flag was placed on the Jewish man’s mouth at the time or if it was photoshopped on later. Either way, this is another example of how easily anti-Zionism morphs into anti-Semitism.

At the time the university was quick to react, suspending Jonathan and issuing an immediate statement. Now, following an investigation, Nottingham Trent University have expelled the student.

First year Jonathan who had been suspended over photoshopping a Palestinian flag over a sleeping Orthodox Jewish man for his Tinder profile has now been expelled and asked to leave Nottingham Trent.

A Nottingham Trent University spokesperson said: “We can confirm that a student has been permanently excluded from the university, relating to offensive content which circulated on social media in September.”

An investigation was launched by Nottingham Trent University immediately after they become aware of the screenshot on Twitter, “which showed unacceptable behaviour from a student on their personal profile.”

Jonathan had not yet begun his first year at Trent. He was immediately identified, interviewed and suspended, pending an investigation led by the university disciplinary panel.

When the incident came to light, the Union of Jewish Students told The Nottingham Tab they were “disgusted” by Jonathan’s actions.

“This behaviour was completely unacceptable and is not recognised as part of our university’s culture,” said Nottingham Trent University’s spokesperson.’

“We have a diverse, inclusive and global community of which we are proud, and we endeavour to create an atmosphere of mutual trust, harmony and respect. Any behaviour which deviates from this will not be tolerated at NTU.”