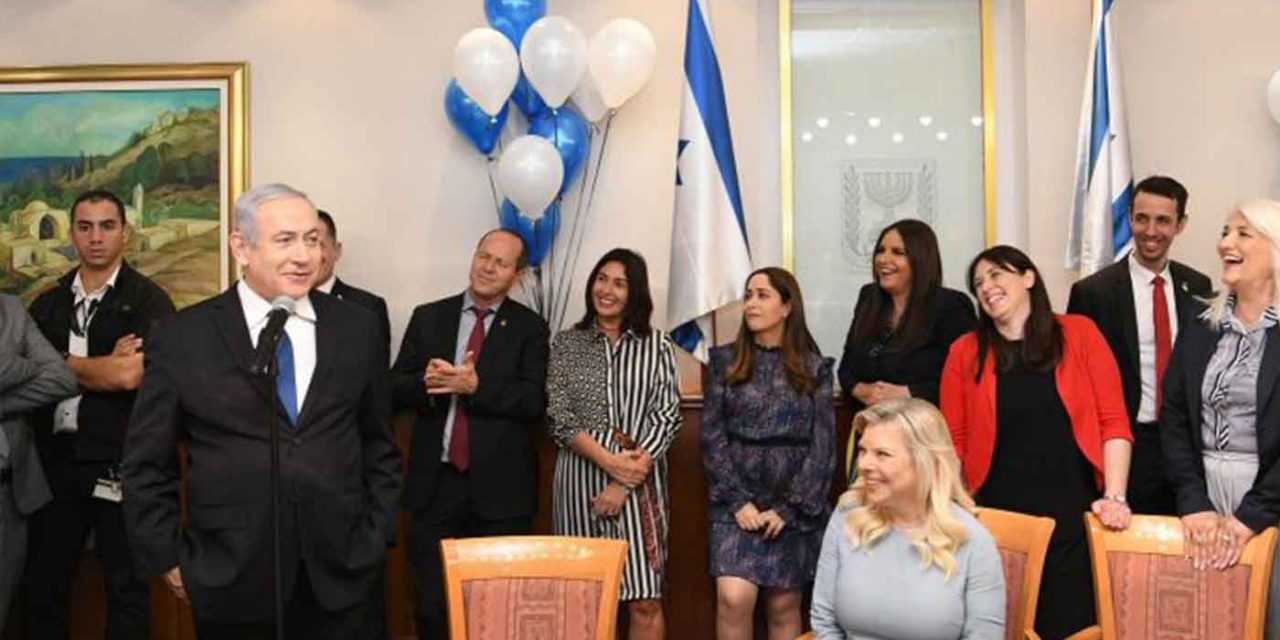 The event capped a week of celebrations for Netanyahu, which included a gathering of his friends from the Sayeret Matkal commando unit and a big event held by the Likud party.

At the event on Thursday, held near the cabinet room at the Prime Minister’s Office, Netanyahu said that his goal has always been to reform Israel’s economy and make the country stronger.

He added that Jewish scripture, which he reads with his family members on a regular basis, helps him get by, as is his sense of duty. “My family members have had to endure attacks like no other family in Israel; it is unfortunate that I cannot protect them as they protect me.”

Netanyahu warned that despite Israel being in good shape, “Israelis can no longer rely on miracles; they must be strong.” He added, “In our world, the weak don’t survive.”