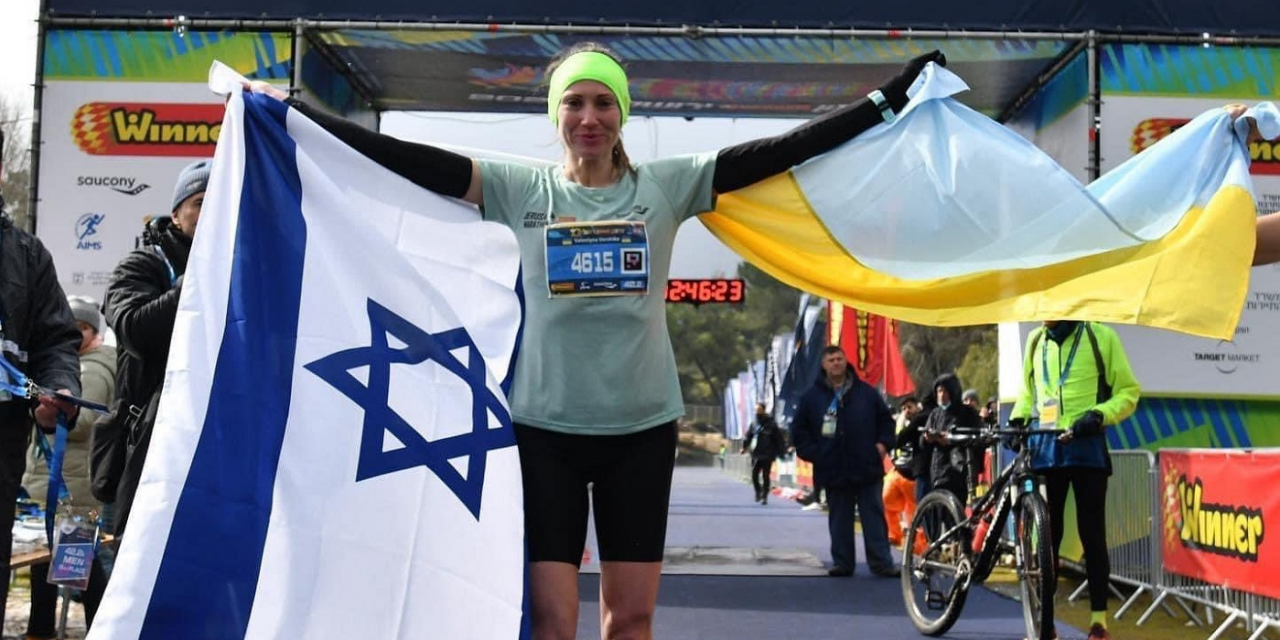 A refugee from Ukraine who fled the country along with her daughter has won gold in the Jerusalem Marathon.

Veretska, a well-known athlete in Ukraine, fled her country to Poland due to the war, along with her 11-year-old daughter. Veretska’s husband is still in Ukraine, fighting against the Russian invasion in the country’s military.

Celebrating her victory, Veretska held up the flags of both Israel and Ukraine.

Valentyna Veretska, a refugee from @Ukraine is the winner of the women’s race at the #Jerusalem Marathon.

According to Yisrael Hayom, she had been planning to take part in the Jerusalem event before the war broke out. Ahead of the marathon she contacted Israeli organizers and asked them to help her get a permit to come to Israel. She said she hoped her participation would give further focus to the plight of Ukrainians.