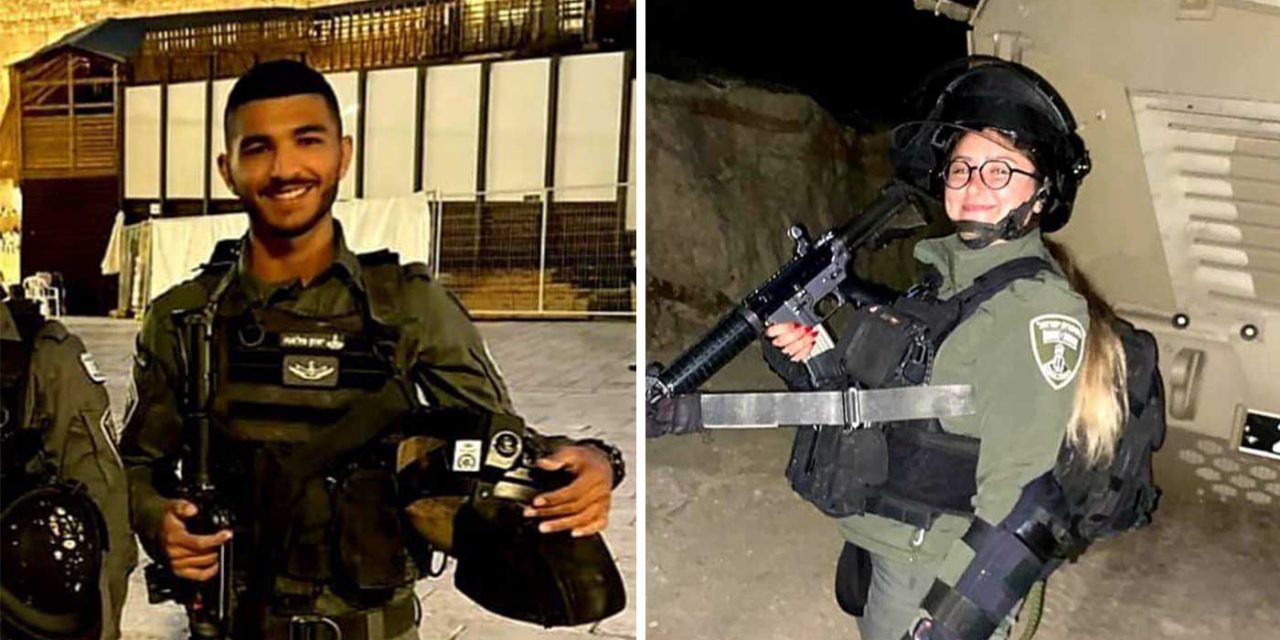 The two Israeli officers murdered in tonight’s shooting attack in Hadera are named as Corporal Yazan Falah (19) from Kisra-Sumei and Corporal Shirel Abukarat (19) from Netanya.

May you rest in peace, heroes. pic.twitter.com/02WSwi09oS

The slain officers were identified as Yezen Falah and Shirel Abukarat, both 19, who were Border police officers. They were both in their first year of service.

After killing their victims, the terrorists stole their weapons before they opened fire at civilians. They injured four more police officers in a gun battle that ensued.

Warning: Some may find the video below distressing.

The two gunmen – Israeli Arab cousins identified by Israeli intelligence as local ISIS operatives – were killed by counterterrorism officers who happened to be dining in a restaurant nearby.

The attack was claimed by Islamic State (IS / ISIS).

“Two members of the Jewish (state’s) police force were killed and others were injured in an immersive commando attack,” IS said in a rare claim of an attack inside Israel.

The Israeli government also confirmed the terrorists were affiliated with the terror group.

“We are witnessing an alarming awakening, that could happen in any country. Police will deploy in all areas,” he said.

Shamefully, the attack was celebrated by Palestinian terror factions just as last week’s terror stabbing against civilians, including mothers and a rabbi, was praised by Hamas, PIJ and others.

Hamas, the Islamist movement that rules the Palestinian enclave of Gaza, praised the attack, calling it a “heroic operation” and a “natural and legitimate response” to Israel’s “crimes against our people.”

Islamic Jihad, another Gaza-based militant Palestinian movement, called the attack “an eloquent message from our people against attempts to break our will.”

The Israeli army said in a statement that it was deploying additional forces in and around Judea and Samaria.