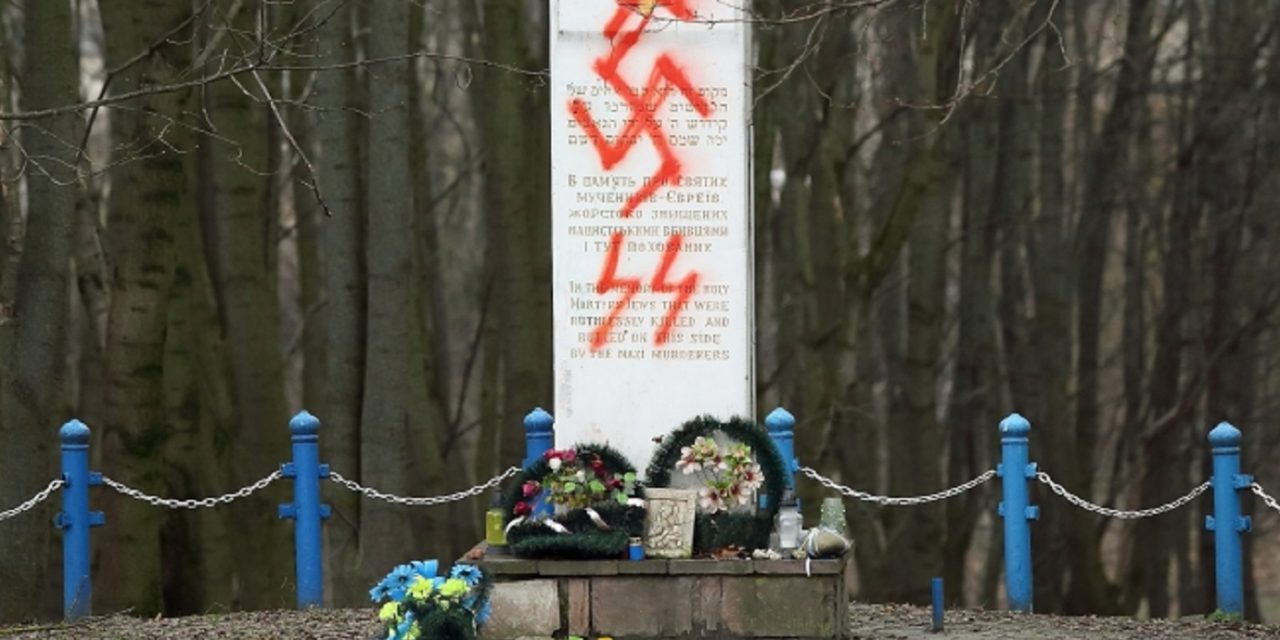 A annual report on anti-Semitism has said that for the second consecutive year Ukraine had more anti-Semitic incidents than any other country from the former Soviet Union. The report, which has received some criticism from Jewish leaders in Ukraine, was published by Israel’s Ministry for Diaspora Affairs under Education Minister Naftali Bennett last week.

“A striking exception in the trend of decrease in anti-Semitic incidents in Eastern Europe was Ukraine, where the number of recorded anti-Semitic attacks was doubled from last year and surpassed the tally for all the incidents reported throughout the entire region combined,” the report said.

The report did not name the total number of incidents reported but a ministry spokesperson queried by JTA said that throughout 2017, more than 130 incidents of anti-Semitism had been reported, including violent assaults, in Ukraine. The data came from Jewish communities and Nativ, an Israeli government agency that used to be part of the intelligence services but today deals exclusively with issues connected to aliyah, or immigration by Jews and their relatives to Israel.

However researcher, Vyacheslav Likhachev, who is affiliated with the Va’ad Association of Jewish Communities and Organisations of Ukraine, suggested in the article that the report’s authors merely summed up the incidents they found reported online, in a “blatant lack of professionalism and violation of all standards of hate crimes documentation, which are guided by professional monitoring groups, both in Ukraine and in the world,” he said.

Reut Moshonov, the ministry spokesperson, told JTA: “The report is compiled using only credible sources, including about Ukraine. We hope to be able to report the reversal of the current trend next year.”