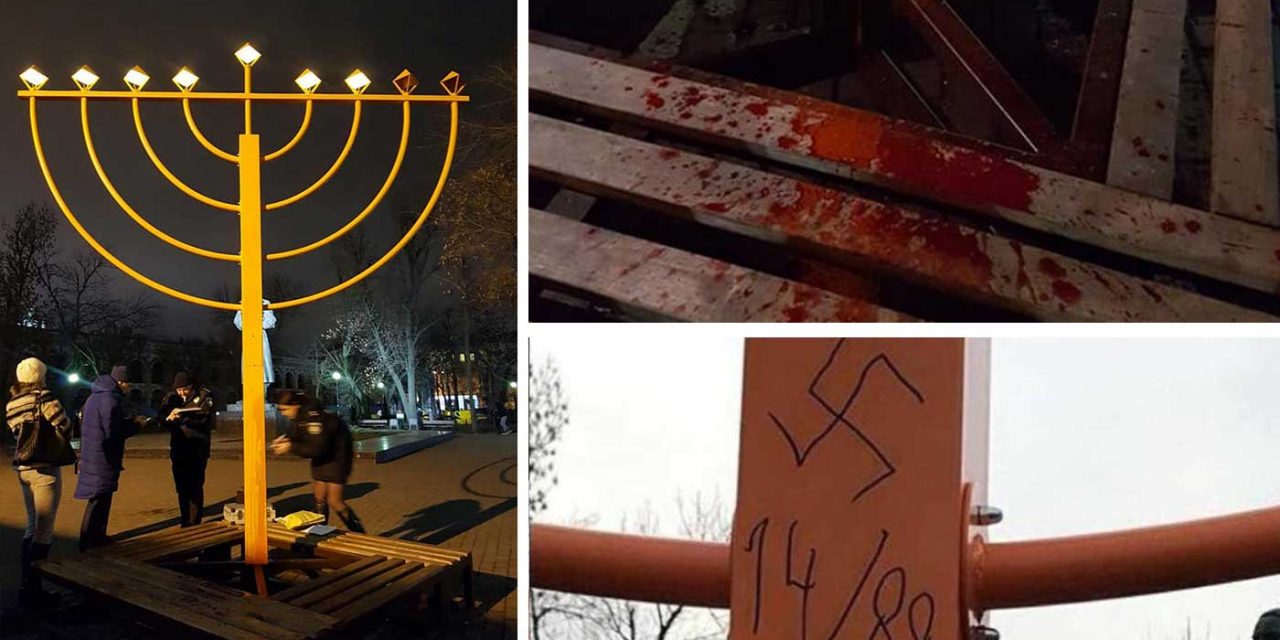 A Hanukkah menorah at a synagogue in the Ukrainian capital was doused with red liquid resembling blood and vandalised with a swastika and the number “14/88”, suggesting it was carried out by Neo Nazis.

The incident took place on Sunday at Podol synagogue in Kiev. The menorah stands outside the synagogue so is accessible to the public. Police are currently investigating what the substance is, suspecting that it is in fact blood from a pig.

The swastika was daubed alongside the numbers 14 and 88.

Neo-Nazis often reference the number 14 in combination with 88, as in “14/88” or “1488” with the 8s representing the eighth letter of the alphabet (H), with “HH” standing for “Heil Hitler”. The 14 refers to “Fourteen Words”, a popular slogan used by white supremacists to say, “We must secure the existence of our people and a future for white children.”

There are currently no suspects in the incident and no arrests have been made.