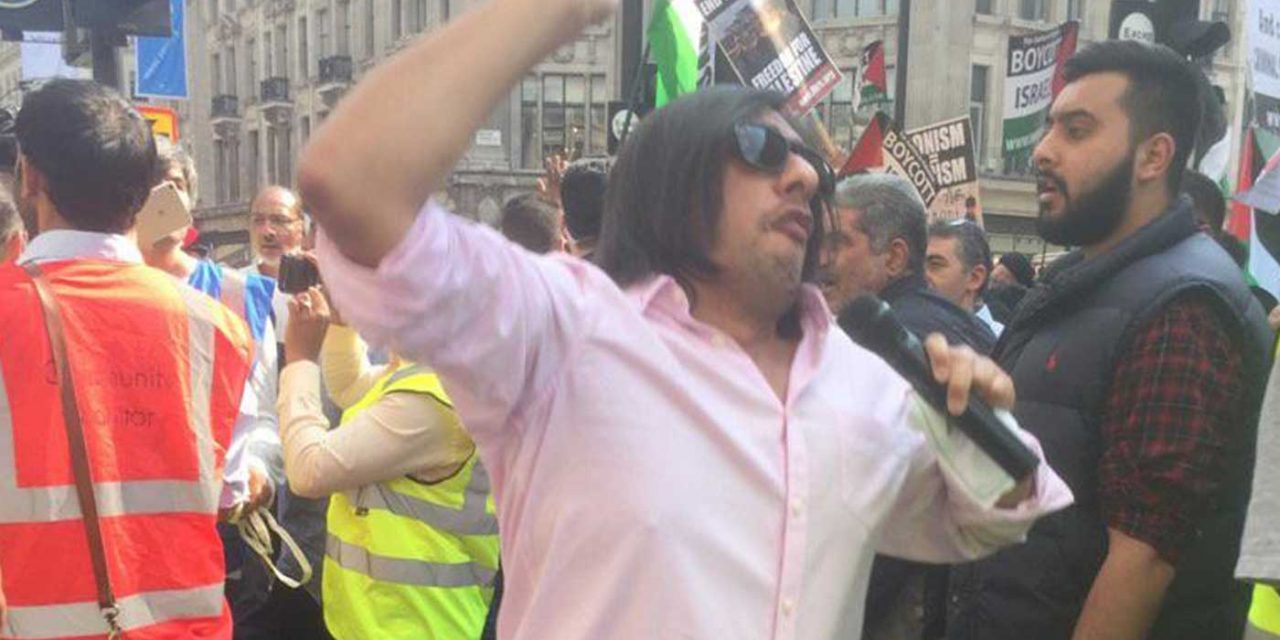 An Islamist activist who claimed the 71 victims of the Grenfell Tower disaster were “murdered by Zionists” and warned people to be “careful of those rabbis” has been cleared of any wrongdoing.

Chairman of the Islamic Human Rights Commission (IHRC), Nazim Ali, made the allegation at the anti-Israel, Khomenist al-Quds Day march in July.

Blaming “Zionists” has become a popular theme for anti-Israel activists and anti-Semites alike. They are able to get around revealing their Jew hatred by attacking those who support Israel.

However, the speaker at this event did not only mention Zionists. He clearly pointed out that it was Jews he was against when he said, “Careful, careful, careful of those rabbis who belong to the Board of Deputies, who have got blood on their hands.”

The Board of Deputies is the largest Jewish organisation in the United Kingdom, and rabbis are only Jewish.

Despite this, the Crown Prosecution Service (CPS) could not find sufficient evidence to bring against Mr. Ali.

A CPS spokesperson said they “received a file of evidence from the Metropolitan Police in relation to the actions of an individual at a demonstration on 18 June 2017.

“We considered whether offences of inciting racial or religious hatred or a public order offence had been committed, in line with the tests set out in the Code for Crown Prosecutors.

“We concluded that the evidential test in the Code was not met and therefore no charges have been authorised.”

This is not the only time “Zionists” or “Jews” have been blamed for the Grenfell disaster. Just last week a prominent aid coordinator working with victims of the fire said that the 71 people who died in the disaster were “burnt alive in a Jewish sacrifice”.