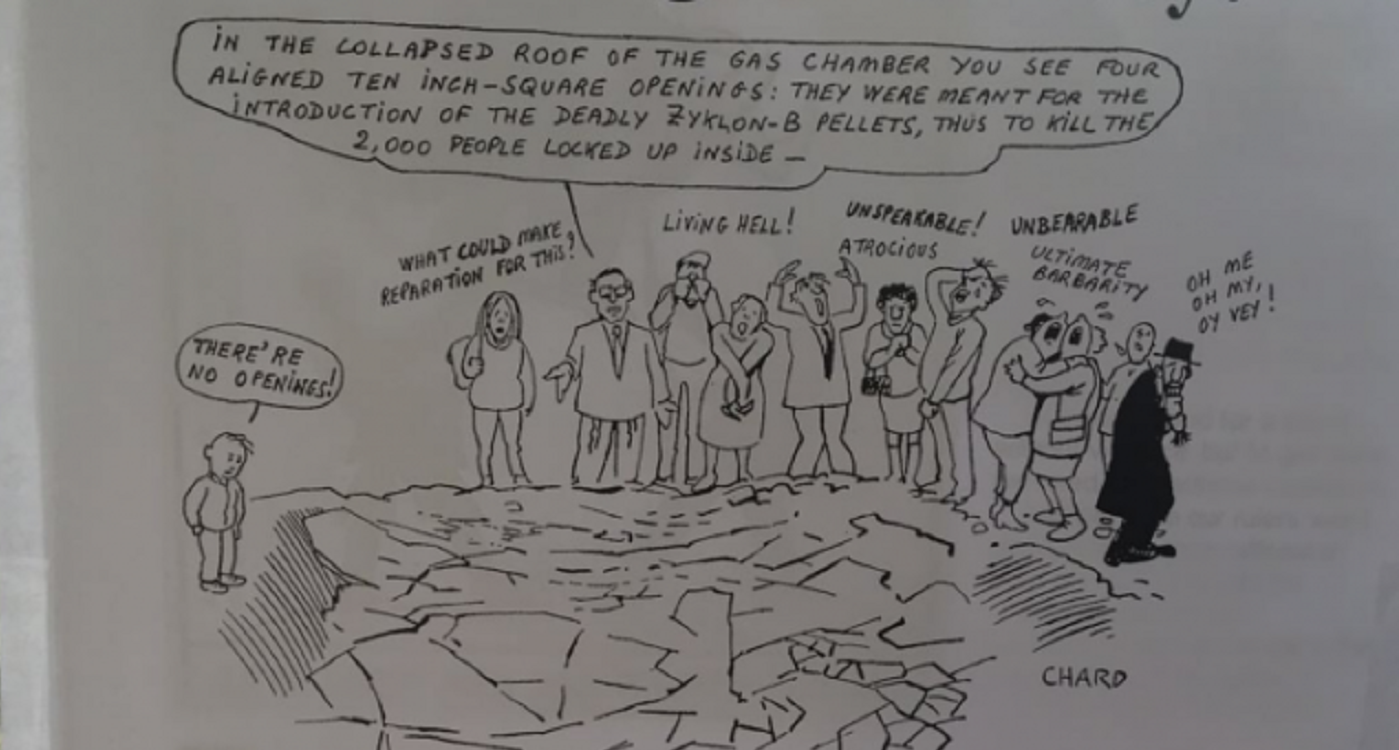 Literature denying and belittling the Nazi genocide has been found at University College London, Cambridge University, Edinburgh University and Glasgow University, according to the Union of Jewish Students (UJS).

The leaflets deny the existence of gas chambers. One, entitled ‘Who’s telling us our story?’, cites the film ‘Denial’, which dramatises the trial from 2000 in which Holocaust denier David Irving took historian Deborah Lipstadt to court for libel.

The poster says: “A Hollywood film, just released in UK cinemas, would have us believe that a court case in 2000 proved the official version of the Holocaust. One of the litigants of that trial, British historian David Irving, had claimed that key elements of the official version are demonstrably false and want revision.”

Another leaflet was found at Glasgow University, which entitled ‘The greatest swindle of all time.’ It quotes anti-Zionist professor Norman Finkelstein, author of ‘the Holocaust Industry’, whose parents both survived the Shoah. It refers to his work, before stating: “For the facts, gentlemen, not the Hollywood production…” and is followed by a website address and the hashtag #Holohoax.

UJS said: “The safety of Jewish students remains our highest priority; these incidents are deeply concerning and we continue to work closely with the CST (Community Security Trust) and the respective Jewish Societies to ensure the welfare and safety of all Jewish students.)