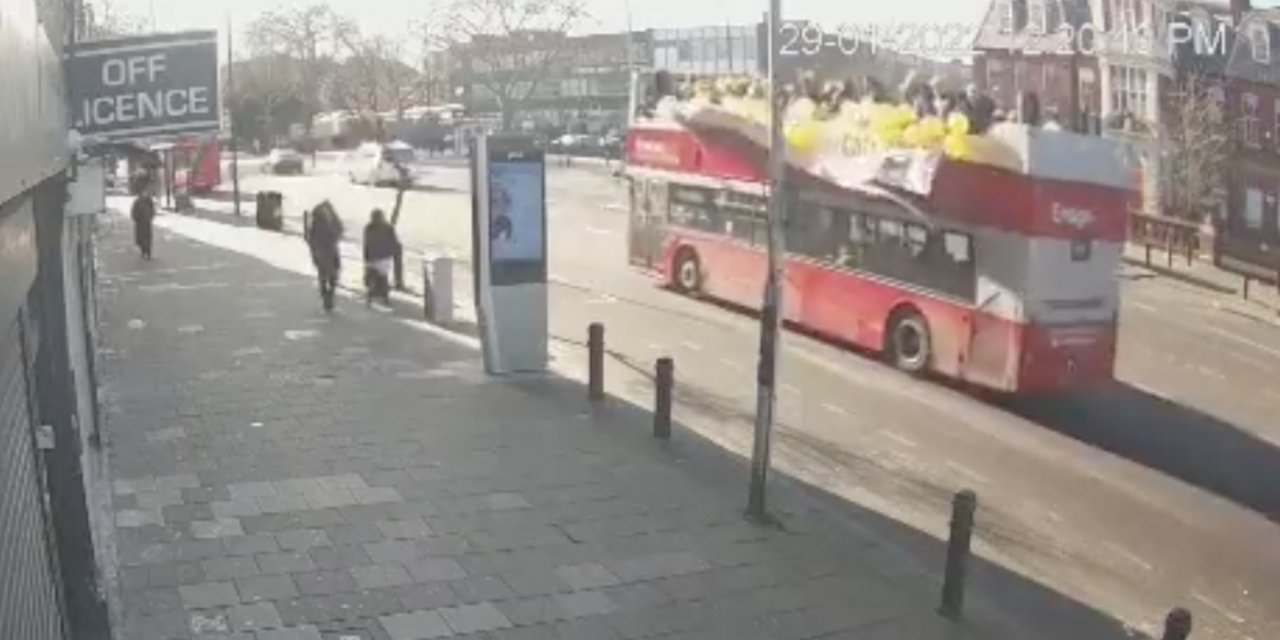 An open-top bus drove through a London borough with a large Jewish community on Saturday with speakers blaring “Yiddos go home”.

The anti-Semitic insult, which took place on Shabbat in Stamford Hill, appeared to be aimed at Orthodox Jews leaving synagogue.

A video, which has no sound, has been handed to police.

Reports of an open bus being driven along #StamfordHill #N16 at 12:20pm with speakers blaring "Yidos Go Home"

Responding on Twitter, the company that owns the red bus, Ensignbus, said: “We hired out our vehicle with a driver to what we understood to be a church group. We had absolutely no idea that this would happen or was planned and we are now investigating the matter and will be speaking to the client. We are happy to assist the police with any investigation.”

It added: “Our driver unfortunately did not hear anything due to the general amount of noise from the number of people upstairs.  If anyone has audio (or video with audio) of what was said, we would like to hear it to help with our own investigation.”

Shomrim urged anyone with information to come forward, using the crime reference number 4602717/22.

It follows a brutal attack on two Jewish men last week as they left their shop in Stamford Hill. The attack took place on the eve of Holocaust Memorial Day and hospitalised both men. An arrest was made.