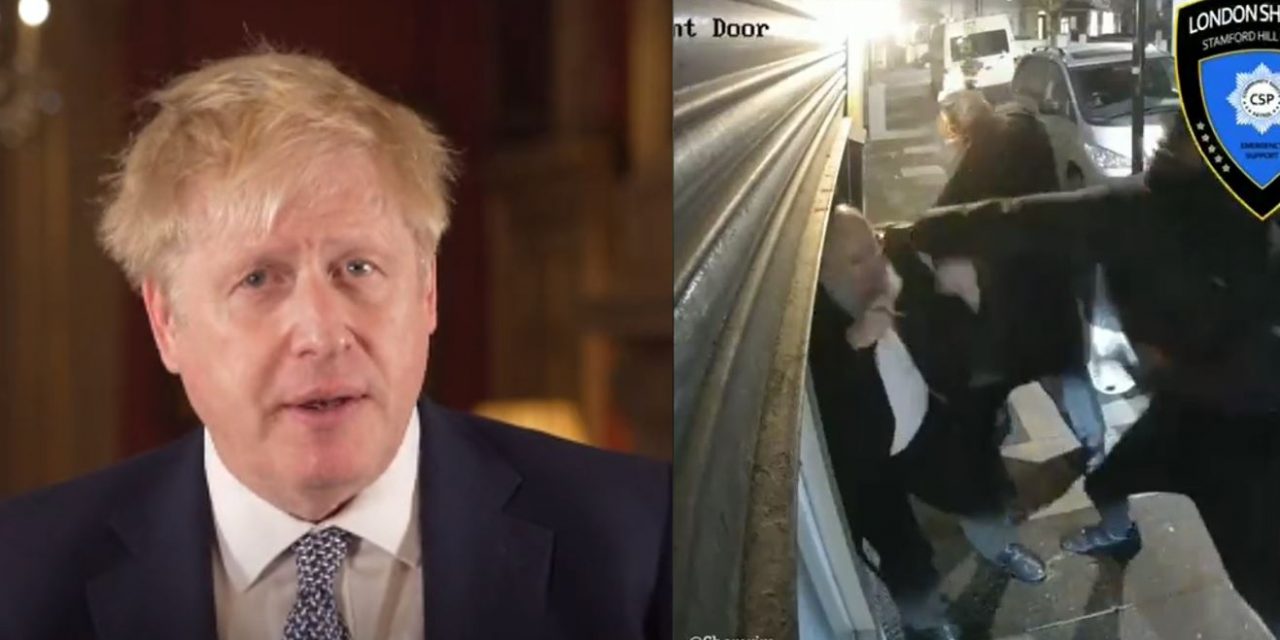 Prime Minister Boris Johnson has led condemnations after two Jewish men were brutally attacked in the London borough of Stamford Hill on the eve of Holocaust Memorial Day.

“I’m appalled by this despicable footage, and I thank police for making a swift arrest,” the PM tweeted.

“This attack is a terrible reminder, on Holocaust Memorial Day, that such prejudice is not consigned to history, but remains a very real problem in society. We must stamp out antisemitism.”

Home Secretary Priti Patel tweeted: “An absolutely despicable attack. This, on the eve of Holocaust Memorial Day, is a sickening reminder of why we must never allow antisemitism to take root. We won’t tolerate abuse towards our Jewish community.”

Both of the Orthodox Jewish men were admitted to hospital on Wednesday night after being assaulted and knocked to the ground as they emerged from their shop in Stamford Hill as the attacker was walking by. One of the victims was left with a fractured wrist and nose and another had an eye injury and bruising.

CCTV shows both men emerge from their shop as the attacker, a tall man dressed in black, walks around them — moments before he lands the first of multiple punches and dragging one of them along the pavement.

The attacker then walks away, kicking a fallen kippah along the ground.

Police said the incident was being treated as a hate crime and a man has been arrested and remains in custody.