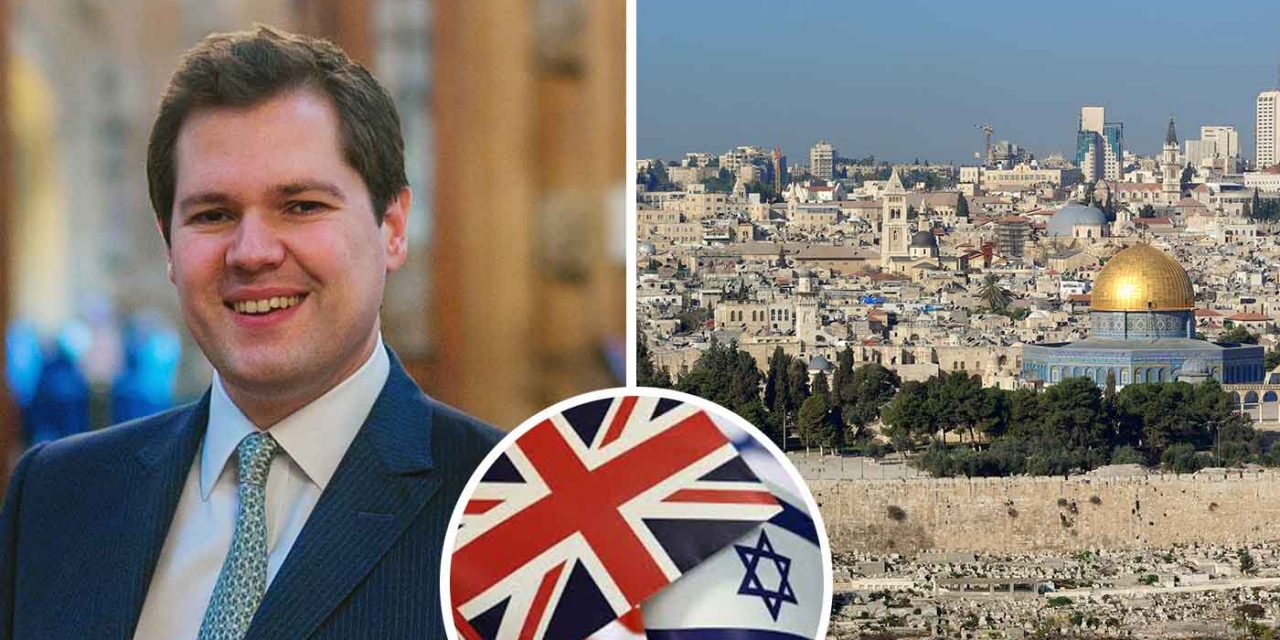 Communities Secretary Robert Jenrick has said that he would “look forward to the day” that Britain’s embassy in Israel will be “moved to Jerusalem”.

Speaking at the Conservative Friends Of Israel parliamentary reception last week, the government minister added he was told by an ambassador when in the Jewish state that “we have a patch of land in Jerusalem that has been waiting for our embassy for some time.”

To loud applause at the packed gathering on Tuesday, Mr Jenrick said: “As Housing Secretary I don’t like land-banking. I want us to build that embassy.”

There are currently 33,000+ people in the UK who have signed a petition asking the UK government to move its embassy to Jerusalem. Add your name here.

Speaking of his time visiting Israel and looking out at the hills of Jerusalem, Mr Jenrick said, “You cannot help but be struck by the incredible achievement of the State of Israel, the sheer resilience of the Jewish people. That only three years after the liberation of Auschwitz, the State of Israel was formed.”

He said that he wanted to see the relationship between Israel and the UK “deepen in the years ahead”.

Israel "is one of the great achievements in human history, we’re always going to support it, we’re going to trade with it… and we’re going to champion all that the State of Israel has achieved". Thank you, Communities Secretary Robert Jenrick 🇬🇧🇮🇱Video credit: Fairholme Films

Posted by Conservative Friends of Israel on Friday, 31 January 2020

The Jewish Chronicle reports that Mr Jenrick also took aim at Jeremy Corbyn and the anti-Semitism of the Labour party.

Mr Jenrick said that “defeating Jeremy Corbyn” at last month’s election was “not the celing – that’s the floor.”

He told those gathered, “It is not just Jeremy Corbyn who is antisemitic – many of those people continue.”

Mr Jenrick singled out Labour leadership contender Sir Keir Starmer, accusing him of hypocrisy for now attempting to distance himself from the Labour leader despite having been “perfectly willing to take a ministerial car and serve in the cabinet of Jeremy Corbyn.”

He added: “We will not forget the conduct of those people who now aspire to lead the Labour Party – and the Jewish community won’t either.”

He also vowed to ensure the building of the Holocaust Memorial and Learning Centre next to Parliament and revealed he had met with Yad Vashem curators over the project while in Israel last week.