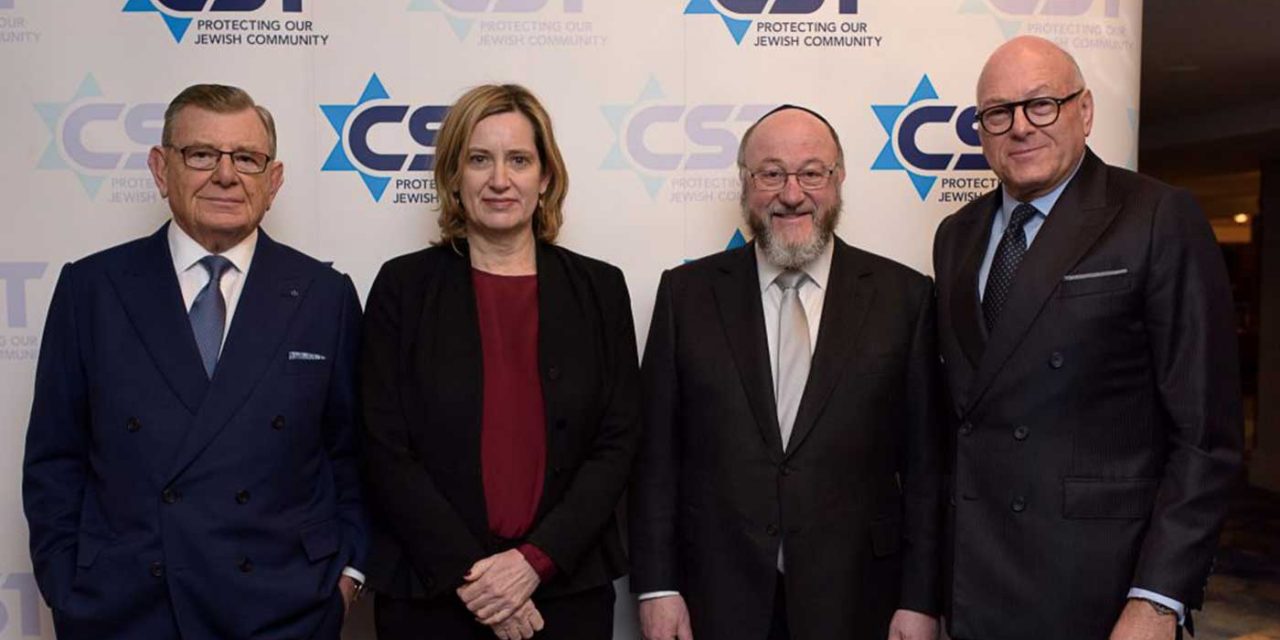 The Home Secretary, Amber Rudd, has committed to renewing the £13.4 million in annual security funding for the Jewish community.

Ms Rudd made the announcement at the Community Security Trust (CST) annual dinner on Wednesday evening, telling the more than 800 attendees that the money was intended “to ensure the security of Jewish faith schools, synagogues and communal buildings, following concerns raised by the Jewish community.

CST is a charity dedicated to protecting British Jews that received charitable status in 1994. Rudd lauded the organization as a trusted partner of the government, which supports it with grants for security guards and equipment at hundreds of Jewish schools, nurseries, synagogues and other Jewish facilities.

“It is absolutely essential that we all feel safe where we live, where we work, where we worship and where we meet our friends,” she said and promised to be there for the Jewish community if they ever feel threatened or victimised.

Rudd stressed that anti-Semitism is not a subject of the past. She addressed a CST report which highlighted how 18 per cent of anti-Semitic incidents last year were on social media, saying, “What is illegal offline is illegal online, and those who commit these cowardly crimes should be met with the full force of the law.”

Rudd pointed to attacks against Jews in Paris, Brussels, Toulouse and Copenhagen in recent years, as well as a more recent case of a 16-year-old girl in Denmark who was charged for planning to blow up a Jewish school.

Gerald Ronson, CTS chairman said, “the last two years have been the worst ever recorded by CST, and that is without a war” and stressed that anti-Semitism should not be taken lightly.

“This isn’t some random event. Anti-Semitism isn’t like the weather. You don’t wake up in the morning and discover that it’s suddenly turned anti-Semitic outside. It comes down to the state of British society and politics.”

Likewise, CST vice-chair, Lloyd Dorfman emphasised, “Since I first got involved with CST over 30 years ago, anti-Semitism has never featured more prominently. Hardly a day goes by when, in the mainstream press or across social media, it isn’t mentioned in some form or another. It’s become all-pervasive, which is itself very disturbing.”

The UK government has pledged similar figures to protect the Jewish community in Britain since 2015. The initiative was started under David Cameron and it is good to see the current government continuing this commitment.