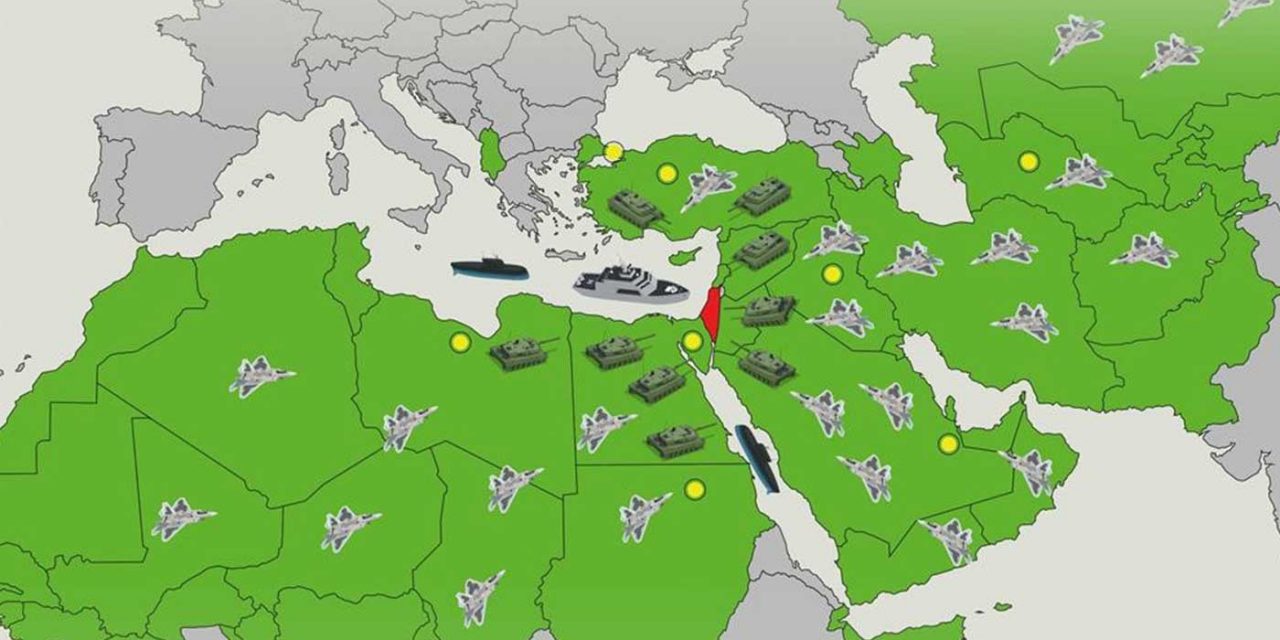 The Turkish daily Yeni Şafak, has published an article titled “A Call for Urgent Action,” which also appeared on the paper’s website under the title “What If an Army of Islam Was Formed Against Israel?” The publication urges the 57 Islamic states to besiege and attack Israel.

Yeni Şafak is a conservative Turkish daily newspaper and is known for its hardline support of president Recep Tayyip Erdoğan and has a very close relationship with the Turkish government.

According to the article, an Islamic army would greatly exceed the Israeli army in manpower, equipment and budget, and presents statistics to prove this.

It also advocates establishing joint bases for the army’s ground, air and naval forces that will arrive from all over the Muslim world to besiege Israel, while noting that Pakistan, as the only nuclear country, has “a special status” among the OIC countries.

To the publication of this article, Yeni Şafak, sources SADAT, a company founded by the Erdoğan’s senior advisor on military affairs and now chaired by the founder’s son. The company’s aims are “to establish defence collaboration and defence industry cooperation among Islamic countries, to help the Islamic world take its rightful place among the superpowers by providing… strategic consultancy and training services to the militaries and homeland security forces of Islamic countries.”

More precisely, the article starts addressing the Organisation of Islamic Cooperation (OIC), expecting that determinant decisions would be taken countering Trump’s decision to move the US Embassy to Jerusalem. Then, the article carries on touching upon some salient points. 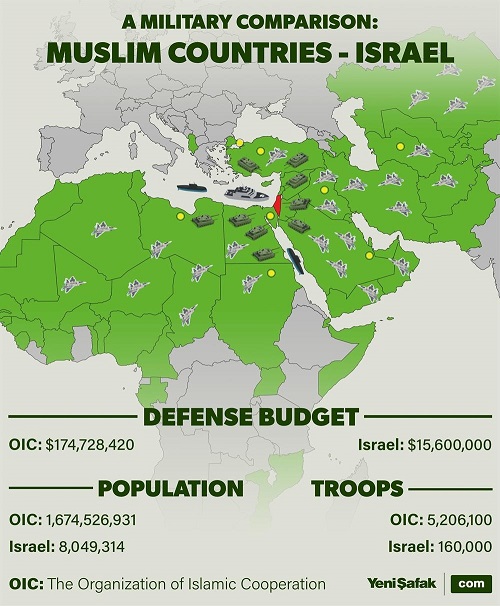 With 57 members, the OIC is the second-largest inter-governmental organisation just after the UN. As a consequence, if the OIC united militarily the number of active soldiers would be at least 5.2 million personnel, while the defence budget would reach approximately $175 billion. In comparison, Israel has only 160,000 active soldiers and their defence budget is $15.6 billion. It is noted that Turkey alone (14 million) has more inhabitants than Israel itself (8.4 million).

The article suggests that the OIC would agree to surround Israel militarily.

The first stage would deploy 250,000 soldiers, using the strategic military bases of the nation members, but more bases would be constructed shortly after.

“It is possible for 500 tanks and armoured vehicles, 100 planes and 500 attack helicopters and 50 ships to mobilize quickly”.

“Turkey may play an important role as an operational centre… And, as the only Muslim country in ownership of nuclear weapons, Pakistan has an important place among the OIC members”.