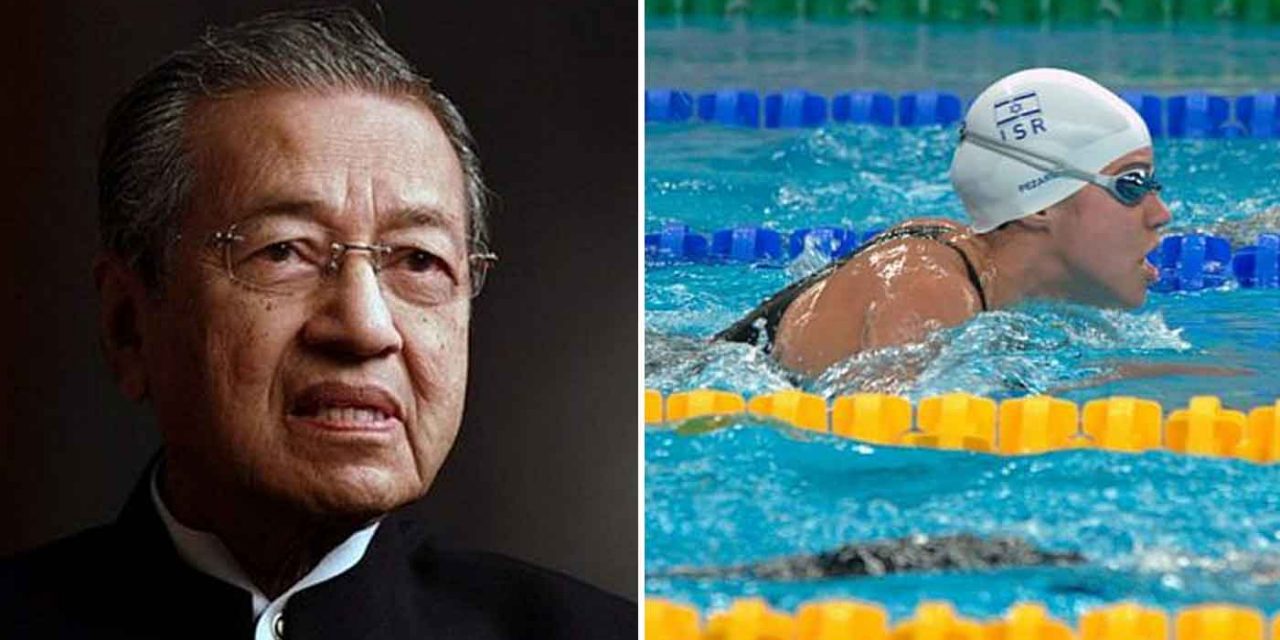 The British government has branded Malaysia’s decision to ban Israeli Paralympic athletes from entering the country as “fundamentally wrong” in a public condemnation of the policy.

Earlier this month it was revealed that Israel’s Paralympic athletes had been banned from competing at the Swimming World Championships being held in Malaysia. This is one of the required events for the 2020 Paralympic Games in Tokyo, meaning that Israeli athletes could lose their opportunity to compete at the Paralympics.

A spokesperson for the Foreign and Commonwealth Office said: “We do not agree with the Malaysian Government’s position on this. It is fundamentally wrong. Israeli athletes should not be banned from competing.”

The short statement from the Foreign Office was prompted by a letter written to them by Labour’s Deputy Leader Tom Watson called on the government to formally lodge a protest against the Malaysian government’s decision.

Watson said the international Paralympic Swimming World Championships being held in Malaysia should be cancelled if Israelis are refused entry.

On Tuesday, a spokesperson for Emily Thornberry, Labour shadow foreign secretary said she “agrees with Tom on this 100%, and she hopes that in response, the Foreign Office will turn their welcome words on this issue into concrete action by raising the issue with their Malaysian counterparts.”

Conservative peer Lord Eric Pickles, who is a stalwart defender of Israel and the Jewish people, condemned Malaysia’s decision as “lamentable” as he chaired parliamentary questions on the issue in the House of Lords.

Lord Pickles said: “Malaysia’s decision to ban Israeli athletes from the upcoming Paralympic swimming tournament is lamentable. Prime Minister Mahathir Mohamad’s historic antisemitic remarks, which he defended at the Oxford Union this weekend, raise further serious questions about Malaysia’s suitability to host such a prestigious international sporting competition which is supposed to promote peace and inclusivity. I have tabled a series of written questions to the Foreign Secretary and Culture Secretary encouraging the UK to make representations to the International Paralympic Committee to prevent it from hosting the championships, and highlighting my concerns over the safety of British athletes and travellers”.

Malaysia has a very large Muslim population with no formal diplomatic ties with Israel and entry to the country on an Israeli passport is forbidden.

Prime Minister Mahathir Mohamad said that Kuala Lumpur would refuse visas to Israeli Paralympic swimmers who wish to attend the tournament. He said, “We maintain our stand on the prohibition. If they do come, it is a violation…If they [the International Paralympic Committee] want to withdraw Malaysia’s right to host the championship, they can do so”.

In an address at the Oxford Union on Friday night, the Prime Minister of Malaysia Mahathir Mohamad doubled down on his well-known antisemitism, saying it was a matter of freedom of speech for him to speak “against the Jews”.

When it was pointed out his previous remarks about Jewish people being “hooked nosed” with “an instinctive sense of money” were antisemitic, he responded saying: “We are free to say what we like, we can say something that can be regarded as antisemitic by the Jews. That is their right to hold such an opinion of me. It is my right to tell them they have been doing a lot of wrong things.

“Why we can’t say anything against Israel, against the Jews?”

The 93-year-old was also asked why, when he wanted to criticise Israel, he used the word “Jews” instead of pointing to certain policies by the Israeli government. He said: “Well, it seems most of them support the stance taken by [Prime Minister Benjamin] Netanyahu against the Arabs, so when I say only the ‘Zionists’, people don’t understand. What they do understand is the word ‘yahudi’ or ‘Jews’.”