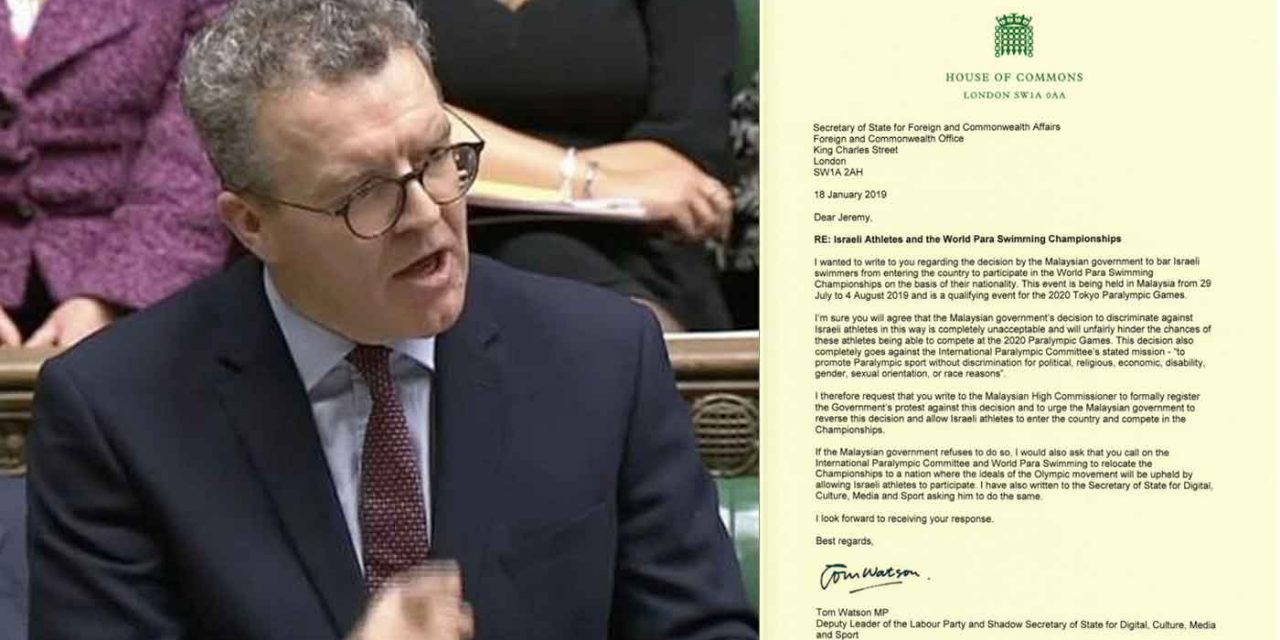 The Labour Party’s deputy leader, Tom Watson, has called on the British government to oppose Malaysia’s decision to bar Israeli athletes from a key Paralympics qualifier.

Mr Watson wrote to Jeremy Hunt, the Secretary of State for Foreign and Commonwealth Affairs, saying:

“I wanted to write to you regarding the decision by the Malaysian government to bar Israeli swimmers from entering the country to participate in the World Para Swimming Championships on the basis of their nationality. This event is being held in Malaysia from 29 July to 4 August 2019 and is a qualifying event for the 2020 Tokyo Paralmympic Games.

I’m sure you will agree that the Malaysian government’s decision to discriminate against Israeli athletes in this way is completely unacceptable and will unfairly hinder the chances of these athletes being able to compete at the 2020 Parlympic Games. This decision also completely goes against the International Paralympic Committee’s stated mission – “to promote Paralympic sport without discrimination for political, religious, economic, disability, gender, sexual orientation, or race reasons”.

If the Malaysian government refuses to do so, I would ask that you call on the International Paralympic Committee and World Para Swimming to relocate the Championships to a nation where the ideals of the Olympic movement will be upheld by allowing Israeli athletes to participate.”