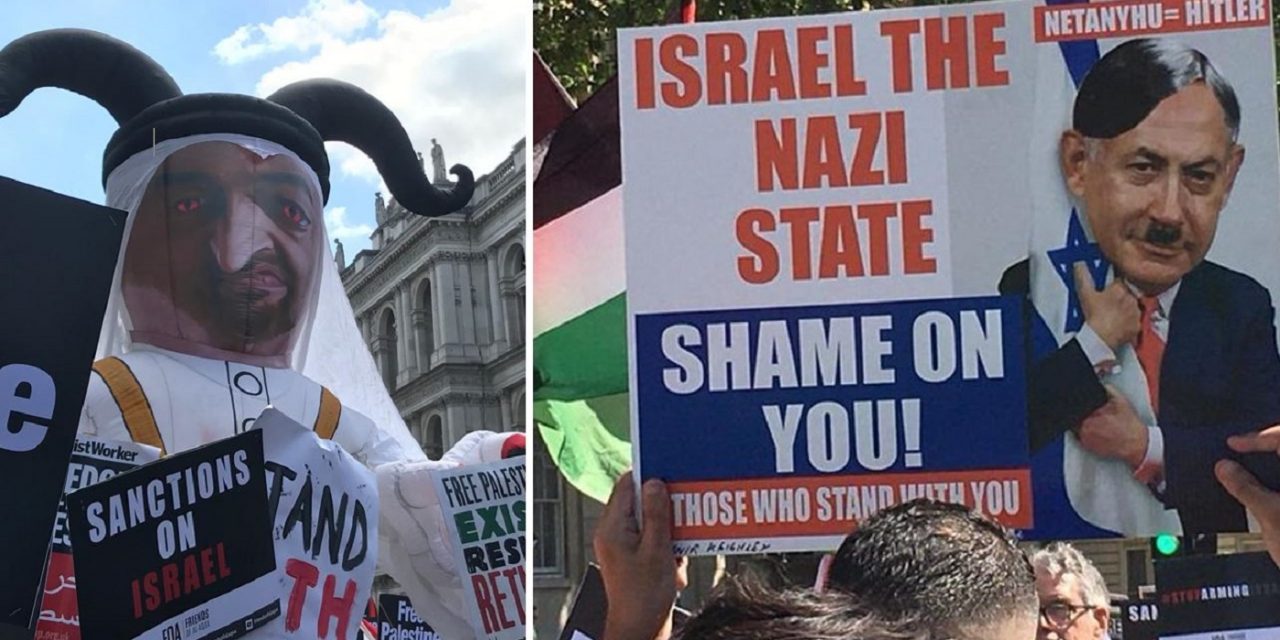 An anti-Israel demo took place in central London on Saturday in which former Labour leader Jeremy Corbyn told thousands of pro-Palestinian protesters that Britain should stop trade with Israel.

The protesters marched to Downing Street chanting “from the river to the sea Palestine will be free” with some protesters displaying overtly anti-Semitic signs.

An Israeli flag defaced on the ground was also set on fire.

The frenzied and sickening hatred that has been unleashed in our country. Not Tehran. No, London, 12 June. pic.twitter.com/US299Bc7da

At the demo, Jeremy Corbyn urged G7 leaders to use their summit to take note of the challenges faced by the Palestinian people, along with other topics such as global recovery from the COVID-19 pandemic, but failed once again to express any rebuke of Hamas.

There is now a march (unclear at present if it’s a legal march) making its way through the streets of our capital chanting an explicit, genocidal call for the destruction of the Jewish state

They are being escorted as they do this, by the police! 🤷‍♂️ pic.twitter.com/2nYqsK1xry

“We are coming together because we are united in our support for the Palestinian people,” Corbyn told the crowd.

“We are here to support the Palestinian people whether we are Jewish, Hindu, Muslim, Christian or no faith — our unity is a human unity,” he said, calling on the G7 to strive “to end the human rights abuses” all over the world.

Corbyn said the demands by pro-Palestinian activists were to “end the occupation of the West Bank, the withdrawal of all the settlements and an end to the siege of Gaza.”

The crowd are loving it! pic.twitter.com/oqut8uDRa5

Nothing says you support Palestinians like comparing a Jewish head of state to Hitler and calling Israel the Nazi state.