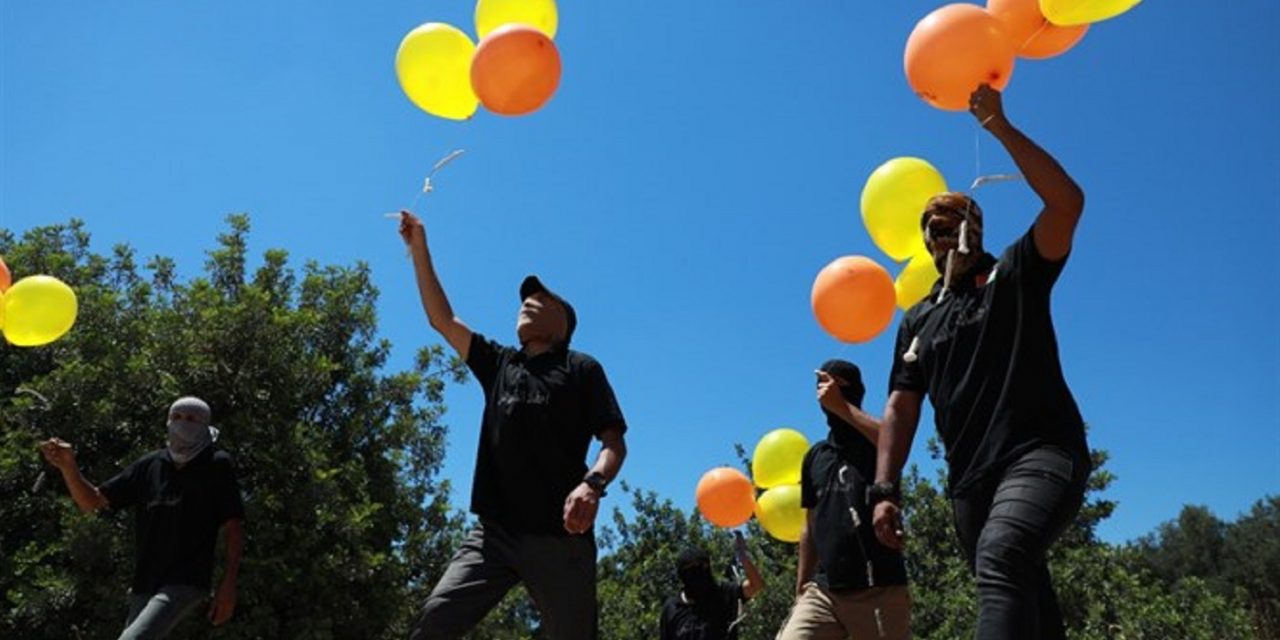 The Israel Defense Forces carried out a series of airstrikes throughout the Gaza Strip early Wednesday morning in response to over two dozen fires in southern Israel caused by incendiary devices launched from the coastal enclave.

This was the first exchange between terror groups in Gaza and the IDF since last month’s 11-day conflict in the Strip.

The IDF said it was prepared for the possibility that fighting may again break out between Israel and the enclave.

Firefighters were called to put down fires that broke out today due to incendiary balloons that were launched into southern Israel by Palestinian terrorists from #Gaza.

Hamas & its co-terrorists know no other way than that of destruction and violence.pic.twitter.com/8JtvkSLB0K

Hamas will bear the consequences for its actions. pic.twitter.com/lYhqfx26fm

Footage posted by Palestinian media outlets in Gaza showed explosions lighting up the sky in both the northern and southern Strip overnight Tuesday-Wednesday, with reporters saying sites belonging to Hamas’s military wing, the Al-Qassam Brigades, were among those targeted.

No Gazans were injured in the strikes, the Hamas-affiliated Palestinian media center initially reported.