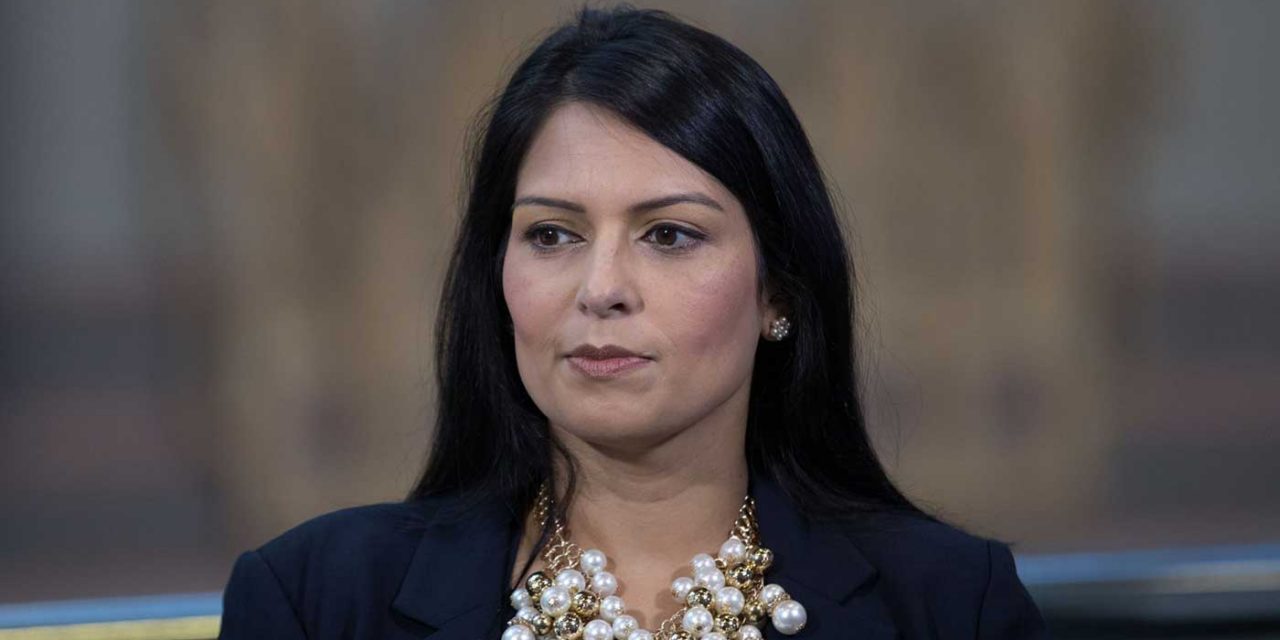 The UK’s new home secretary, Priti Patel has committed to “work closely with the Jewish community” after figures released for the first half of 2019 revealed a record number of anti-Semitic incidents in Britain.

Community Security Trust (CST), which monitors anti-Semitism in the UK, published its half-yearly report this week that showed a 10% rise in reported anti-Jewish incidents in the country.

A total of 892 incidents were reported between January and June with abusive behaviour — including verbal abuse, antisemitic graffiti, antisemitic abuse via social media and one-off cases of hate mail — accounted for 710 of the total number.

Social media accounted for 36 per cent or 384 of the incidents reporting that the internet has become an “essential and convenient vessel through which those who wish to harass, abuse and threaten Jewish individuals and institutions”.

The CST also recorded 85 incidents which were classed as “assaults” during the first six months of 2019 — an increase of 37 per cent on the 62 incidents of this type recorded in the first half of 2018.

“This increase [in online incidents] is the most obvious single factor explaining why the overall total rose by 10 per cent in the first half of the year,” the CST said. “It is difficult to assess whether this reflects an increase in the amount of antisemitism online or more reporting.”

Home Secretary Priti Patel said: “Antisemitism is a despicable form of racist abuse which has no place in our society. Through our Hate Crime Action Plan we continue to improve our response to all forms of hate crime so that no one is attacked because of who they are.

“We work closely with the Jewish community, and this year increased funding to the Community Security Trust for protective security to £14 million.”

Jewish News reports that in addition to the surge in online abuse, the continuing controversy over Labour Party antisemitism also fuelled the figures, with 55 Labour-related incidents in the weeks after several MPs resigned in February, citing concerns over Jew-hatred.

Board of Deputies of British Jews president Marie van der Zyl reacted to the figures, with a focus on incidents involving the opposition.

She said: “The report shows a 46% rise in incidents of anti-Jewish racism on social media and over 100 were specifically related to alleged antisemitism within the Labour Party.”

“This makes shameful reading for the party’s leadership. They must finally take the steps required to rid their party of this appalling racism.

Defeating the evil of antisemitism will take a concerted effort by the country’s political leadership and civil society to ensure that this country remains a safe and happy place for the Jewish community.“

Of more concern was the 37 percent increase in violent antisemitic assaults, up from 62 in the first six months of 2018 to 85 in the first half of 2019. However, none were classified as ‘extreme violence’, meaning grievous bodily harm or threat to life.

The CST statistics showed that two thirds of all antisemitic incidents were recorded in London and Manchester, home to the country’s two largest Jewish populations. Smaller numbers were reported in Hertfordshire, Merseyside, Gateshead, Birmingham, Leeds and Wales.

Over 16,000 people have signed the CUFI UK declaration against anti-Semitism. To add your name, click here.