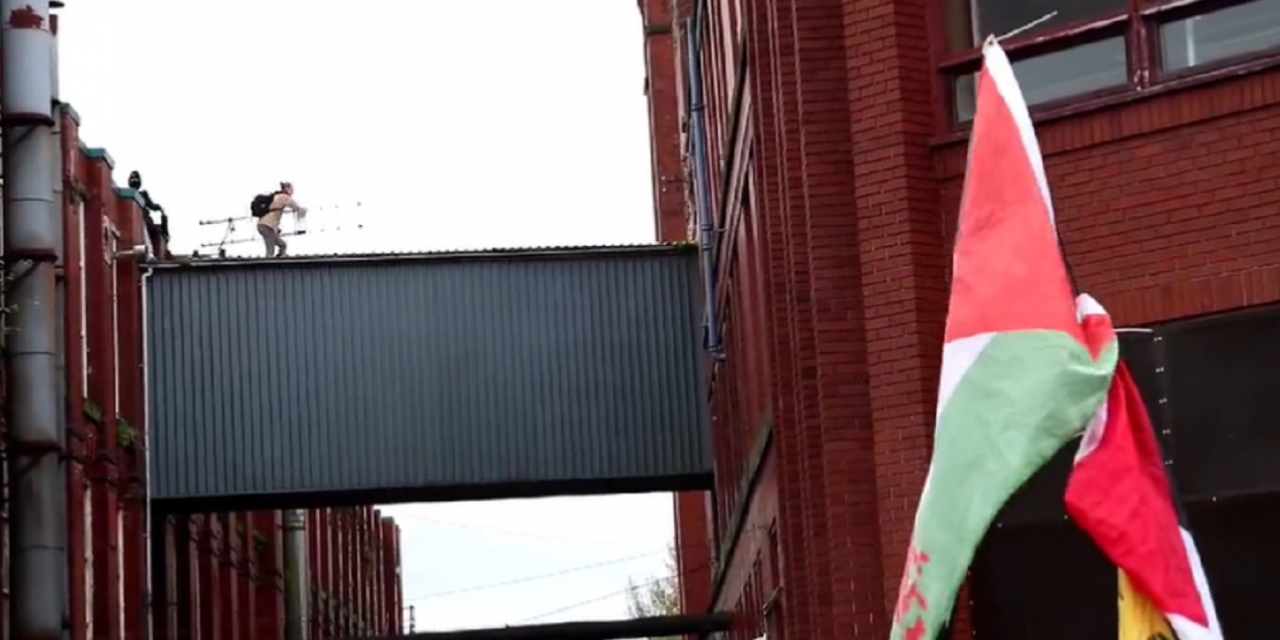 Anti-Israel protesters occupied the building of an Israeli-based company again this week, with one trespassing protester falling through the roof.

Footage shows the protester attempting to cross a transverse as onlooking protesters chanted and set off flares.

Elbit Systems, located in Oldham, near Manchester, was targeted by the group of pro-Palestinian activists who accused the international defense electronics company of selling of arms to Israel.

Elbit Systems UK, a subsidiary of the Israel based company of the same name, employs over 500 people and has 10 sites in the UK, including four factories. Apart from supplying Israel, Elbit is also a major supplier of sophisticated technology to the British military.

The protest this week was one of many in the past year against the Israeli company. The activists have previously said they wanted to shut down the site “to prevent Elbit’s contribution to the repression of Palestinians”.

In August, Palestine Action said it had halted production at the factory, which produces weapons parts and surveillance equipment, by blockading the site entrance with vehicles and locking themselves to gates.

It said it had smashed windows and spray painted the site “blood red”.

“Two women are being held on suspicion of aggravated trespass, criminal damage and obstruction of a highway,” a spokesman for Greater Manchester Police said.