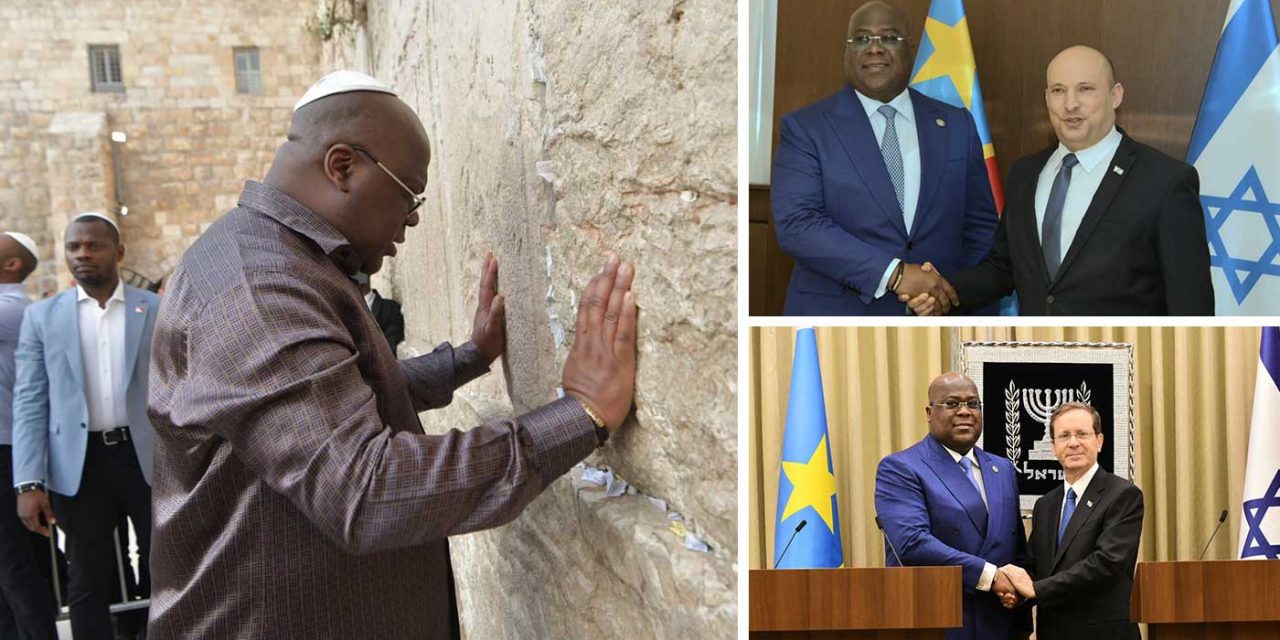 Speaking to the Israeli press in Jerusalem, Tshisekedi said that the DRC wants to “develop the best possible relations with Israel.”

Prime Minister Bennett told President Tshisekedi that he very much appreciates his deep friendship with Israel and that he was pleased to hear about his commitment to his people and to the prosperity of the Democratic Republic of the Congo.

Prime Minister Naftali Bennett met with Democratic Republic of the Congo President Felix Tshisekedi, who informed him that he would soon open a diplomatic and trade mission in Jerusalem. 🇮🇱🤝🇨🇩https://t.co/U5OaNjbTwq pic.twitter.com/gwGCWrqMye

President Tshisekedi informed Prime Minister Bennett that he would soon open a diplomatic and trade mission in Jerusalem. The President, who also serves as the Chairman of the African Union, said that he supports Israel’s accession as an observer to the African Union and is working to this effect.

Herzog said, “I was happy to hear last year about your decision to appoint an ambassador in Israel and to open an economic section in Jerusalem.”

“There is tremendous potential for collaboration between Israel and you and your country, and we shall do everything to bring a blessing for all of us,” he added.

Herzog thanked his counterpart for standing by Israel at the UN, and for supporting Israel in joining the African Union as an observer state.

Herzog also noted the connection he and his father had to the Democratic Republic of Congo.

“My father was the sixth president of the State of Israel, whose first state visit was to your country in 1984, and now the first president to make a state visit of my presidency is you,” Herzog said.

Herzog also promised to do everything he could to ensure that Israel reopens its embassy in Kinshasa after it was shuttered in 2003 amidst ongoing war in the country.