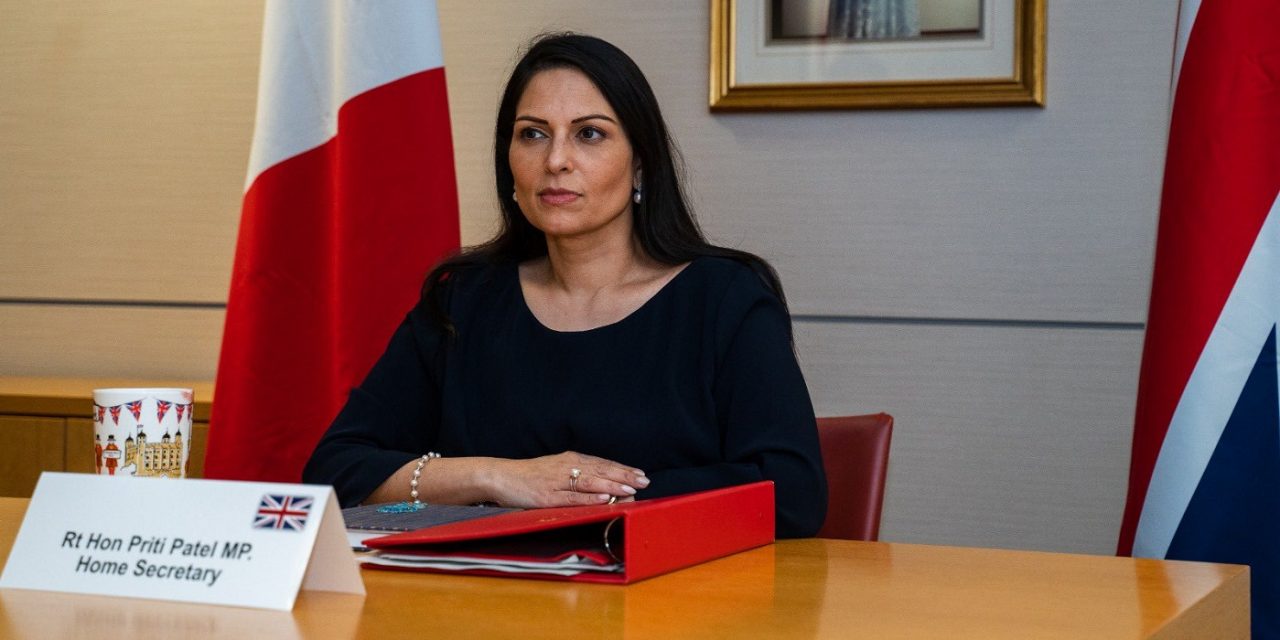 Home Secretary Priti Patel has announced that the UK government is to proscribe the political wing of Hamas under the Terrorism Act.

Thousands of CUFI supporters have contacted their MP in recent months, joining calls for Hamas to be banned in its entirety. In 2001, the UK Home Office proscribed only its military wing as a terror group, leaving its so-called political wing operating freely.

The proscription makes it a criminal offence to be a member of, or invite support for the group, with those found guilty facing up to 14 years in prison.

A government statement read, “Hamas is an organisation which calls for the establishment of a Islamic Palestinian state under Sharia law and has repeatedly called for the destruction of Israel. It has long been involved in significant terrorist violence.”

The Home Secretary is set to comment on the decision in a keynote speech about security and counter-terrorism in Washington D.C. later today. In the speech, Priti Patel will say,

“Hamas has significant terrorist capability, including access to extensive and sophisticated weaponry as well as terrorist training facilities, and it has long been involved in significant terrorist violence. Hamas commits, participates, prepares for and promotes and encourages terrorism. If we tolerate extremism, it will erode the rock of security.”

According to the government, proscribing organisations in the UK makes it difficult for extremists to operate. As well as criminalising membership and support, it supports the takedown of online content.

She told reporters in Washington DC that she was imposing a “full fat” proscription on any ties to the Palestinian militant Islamists.: “We’ve taken the view that we can no longer disaggregate the sort of military and political side.

“It’s based upon a wide range of intelligence, information and also links to terrorism. The severity of that speaks for itself.”

In the speech, she is expected to say: “Hamas is fundamentally and rabidly antisemitic.

“Antisemitism is an enduring evil which I will never tolerate. Jewish people routinely feel unsafe – at school, in the streets, when they worship, in their homes, and online.

“This step will strengthen the case against anyone who waves a Hamas flag in the United Kingdom, an act that is bound to make Jewish people feel unsafe.”

The proscription will now be presented to Parliament next week and come into force on 26 November.

Today I have taken action to proscribe Hamas in its entirety.

This government is committed to tackling extremism and terrorism wherever it occurs. pic.twitter.com/TQfPzomyIm

CUFI’s Executive Director, Des Starritt, says, “We are encouraged by today’s news that the UK will ban Hamas in its entirety. This sends a clear message that Britain will not tolerate any form of support for a terror group that vows to wipe Israel off the map, murders Jews and continually rejects attempts to maintain peace and stability in the region.”

“Hamas does not differentiate between its military and political wings when it indiscriminately targets civilian populations with rockets, uses human shields, recruits children and conducts hostage-taking. Nor does it differentiate when it oppresses Christians and other minorities.”

“Last May, during the 11-day conflict between Israel and Gaza, we saw a very concerning trend among pro-Palestinian support in Britain in which sympathy for Hamas was commonly expressed. We hope that this new legislation will help suppress these expressions which are the cause of an unwelcome hostility towards Israel and an increase in anti-Semitic incidents directed towards Britain’s Jewish community.”

“We commend the Home Secretary for making this important decision. We also thank her for heeding the concerns of thousands of CUFI supporters who have written to their Members of Parliament over the course of the past year.”

CUFI UK welcomes announcement by the Home Secretary, @pritipatel, that the #UK is to ban the so-called political wing of #Hamas under the Terrorism Act.