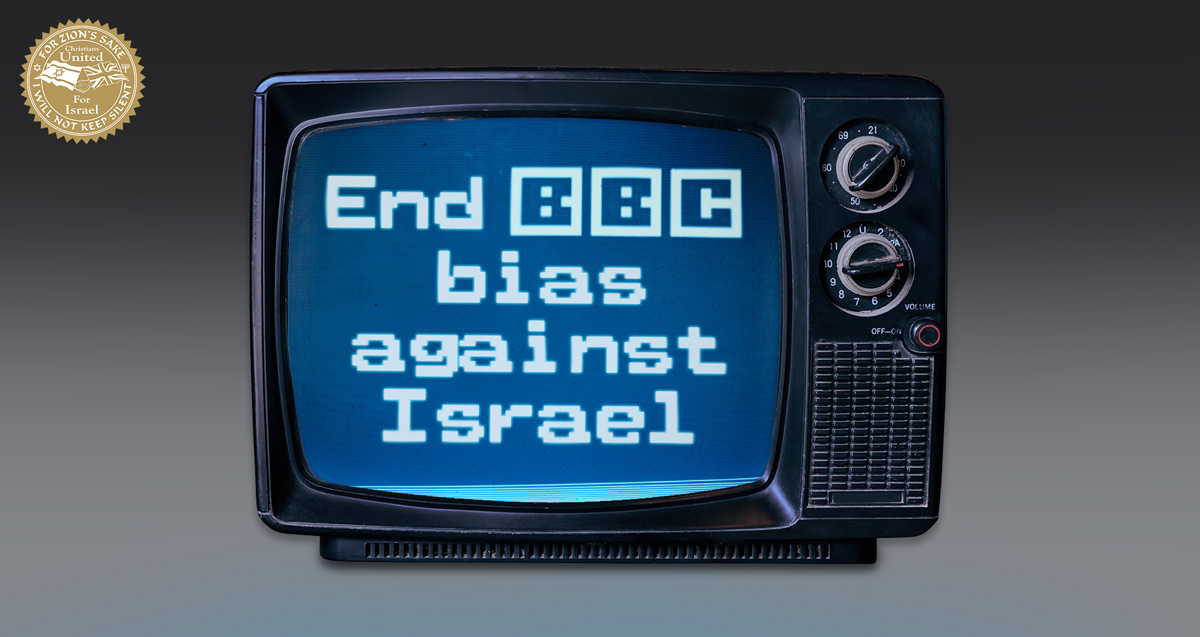 The BBC has spent huge sums of licence fee payers’ money refusing to comply with Freedom of Information requests to publish the long-overdue Balen report. This report was commissioned in 2004 to examine accusations of bias against Israel. In the 11 day conflict between Israel and Hamas earlier this year, we once again saw misreporting and partiality that was inaccurate, emotionally charged and irresponsible.

Through your help, we would like to share these concerns with the UK’s Secretary of State and MPs.

UK licence payers should not be used to fund a public organisation that has partial views. Please take a few moments to email the government using the suggested wording in our automated form (the letter can be edited). A copy will be sent to your MP.