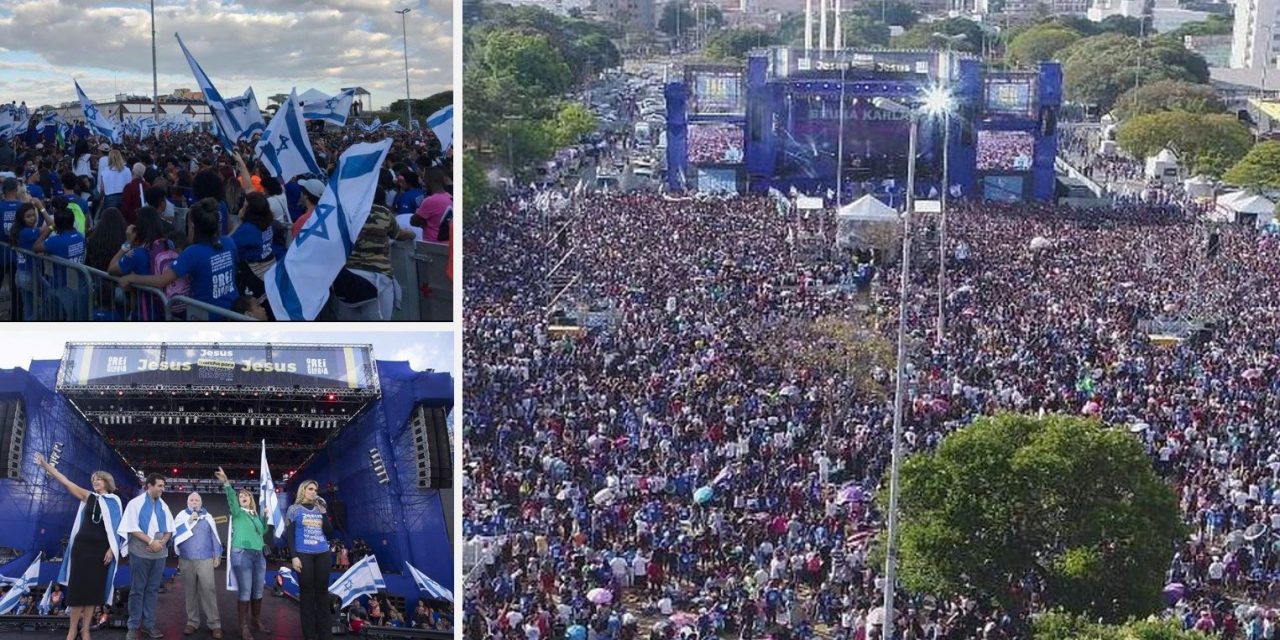 About 2 million people cheered for Israel during an annual Christian march in Brazil.

Evangelical Christians waved Israeli flags and prayed for the Jewish state during the March for Jesus last Thursday in Sao Paulo.

For the first time in nearly 20 years, Jewish officials were invited to attend the event, including Israel’s consul Dori Goren and the president of the local B’nai B’rith branch, Zelia Sliozbergas.

“Attending the march is our way to express our gratitude for the Evangelical people and the Brazilian people,” said Goren, addressing the gathering from the stage. “The people of Israel bless Brazil and the evangelical people of Brazil.”

The consul received applause for saying that he expected to see the Brazilian embassy transferred from Tel Aviv to Jerusalem soon. He recalled the role of Brazilian diplomat Osvaldo Aranha, who presided over the United Nations vote in 1947 in favor of the resolution that partitioned the British Mandate of Palestine into two states, Jewish and Arab.

“There is a very important alliance between Brazilian Christians and the State of Israel,” Gorel told the Gospel Prime news website. “It was a blessing to be able to see the affection of Brazilians for their country and that it was a great celebration of friendship between the two peoples.”

Established in 1993, Sao Paulo’s March for Jesus is among the biggest religious events in Brazil, the country with the world’s largest Catholic population and second-largest Christian population after the United States.

Sao Paulo is home to half of Brazil’s 120,000-strong Jewish community.