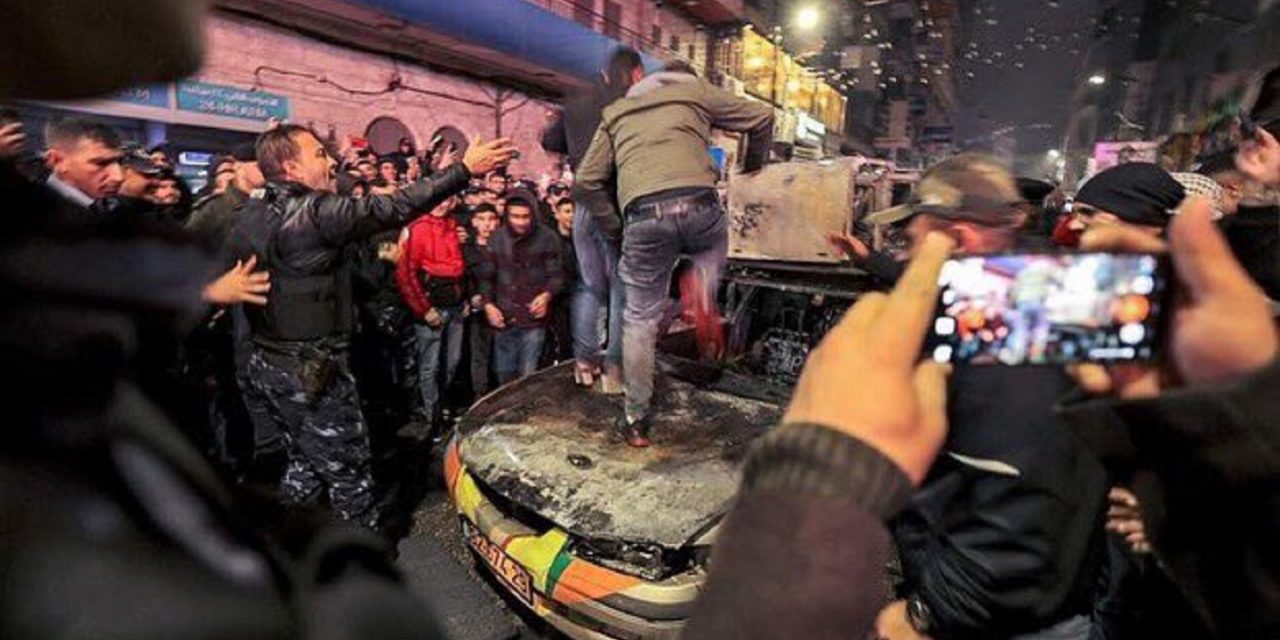 Hamas praised an attack on two Israelis in which their car was set on fire after it entered the Palestinian city of Ramallah.

Footage from the incident appears to show a large crowd of Palestinians surrounding a burning Israeli car in Ramallah’s Al-Manara Square. The pair were escorted to safety by Palestinian security forces.

It is unclear how the two Israelis found themselves in Ramallah, located in the West Bank, known as Judea and Samaria, but Israeli media is reporting that they strayed in by mistake. Israelis are banned by the Israeli military from visiting areas under Palestinian control due to safety concerns.

They were lightly injured during the attack. The pair were later questioned by Israeli police and then released from custody.

The Hamas terror group that governs the Gaza Strip praised the attack as an “act of resistance.”

“This must continue with force and spread all across the West Bank,” said Hamas spokesperson Fawzi Barhoum.

Every day, thousands of Palestinians enter Israel to work and earn a decent living or to receive medical services in Israeli hospitals.
Today, 2 Israeli citizens accidentally entered to Ramallah and came across a mass lynching attempt. >> pic.twitter.com/xjMCcwZX83

The car of 2 Israelis that entered to the center of Ramallah was set on fire by Palestinians, the Israelis were evacuated by Palestinian Authority Security Forces pic.twitter.com/W7OYdlYvgR