The United Nations has passed a motion that ignores the Jewish ties to the Temple Mount, the holiest site in Judaism. Despite the appalling outcome of the vote, nineteen countries dropped their support compared with the same vote in 2018.

The United Kingdom abstained having voted in favour of the anti-Israel motion three years ago. Whilst the move has been viewed by many as a step in the right direction, it falls short of the example set by Australia, Canada and USA, who were among those who opposed the resolution completely.

Among the countries that joined the United Kingdom in abstaining, having voted in favour in 2018, included Austria, Brazil, Germany, India, Kenya, the Netherlands and Ukraine.

The British representative told the General Assembly that the unbalanced reference was what led his delegation to abstain after voting in favor three years ago. He clarified that the shift did not mean the UK had changed its policy toward Jerusalem.

Israeli Ambassador to the UN Gilad Erdan told the Times of Israel that “the automatic majority in the UN that votes in favor of pro-Palestinian decisions is shameful and makes the UN irrelevant and without real influence.”

“But the fact that 19 other countries made the right choice and realized that a distorted and false resolution could not be supported is a positive development that we must encourage,” he continued. “There is still a long way to go, but the change in last night’s vote was important and there is no doubt that it will also affect more votes in the future.” 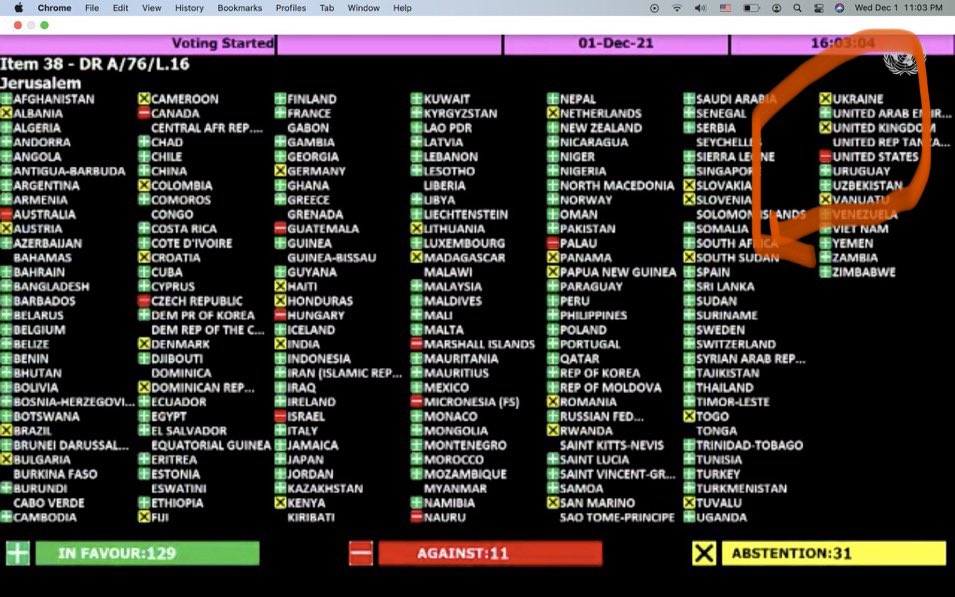 UN Watch Executive Hillel Neuer said, “The UN shows contempt for both Judaism and Christianity by adopting a resolution that makes no mention of the name Temple Mount, which is Judaism’s holiest site, and which is sacred to all who venerate the Bible, in which the ancient Temple was of central importance.” UN Watch did note that the number of abstentions increased from 14 for a similar resolution in 2018 to 31 in the 2021 resolution, which UN Watch argued was “modest yet notable progress.”

“UN degrades its historic mission/violates its mediation role in conflicts by parroting those who deny 3,500 year love affair between Jewish people [and the] Land of Israel highlighted powerfully by the bravery + victory of the #Maccabees —in those days, in our time,” the Simon Wiesenthal Center tweeted.