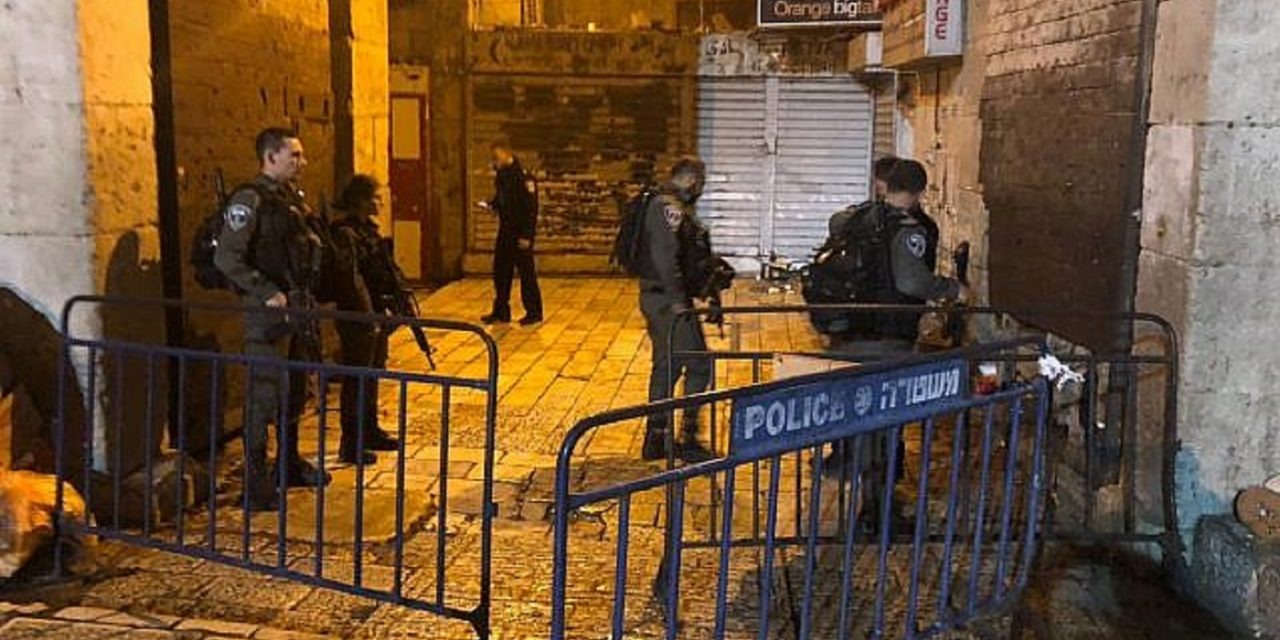 Two Israel Border Police officers have been injured in a stabbing attack in the Old City of Jerusalem.

The attack took place early on Thursday morning near the Damascus Gate and came on the same day as another terror attack in which two Israeli soldiers were killed and two others injured in a shooting terror attack just a short distance from Sunday’s attack resulting in the death of a baby who was delivered prematurely.

The assailant in this latest attack has been identified in Palestinian media as a 26-year-old resident of the Qalandiyah refugee camp near Jerusalem. He shot and killed by other officers at the site of the attack. He is seen on surveillance video first trying to stab a civilian in the area.