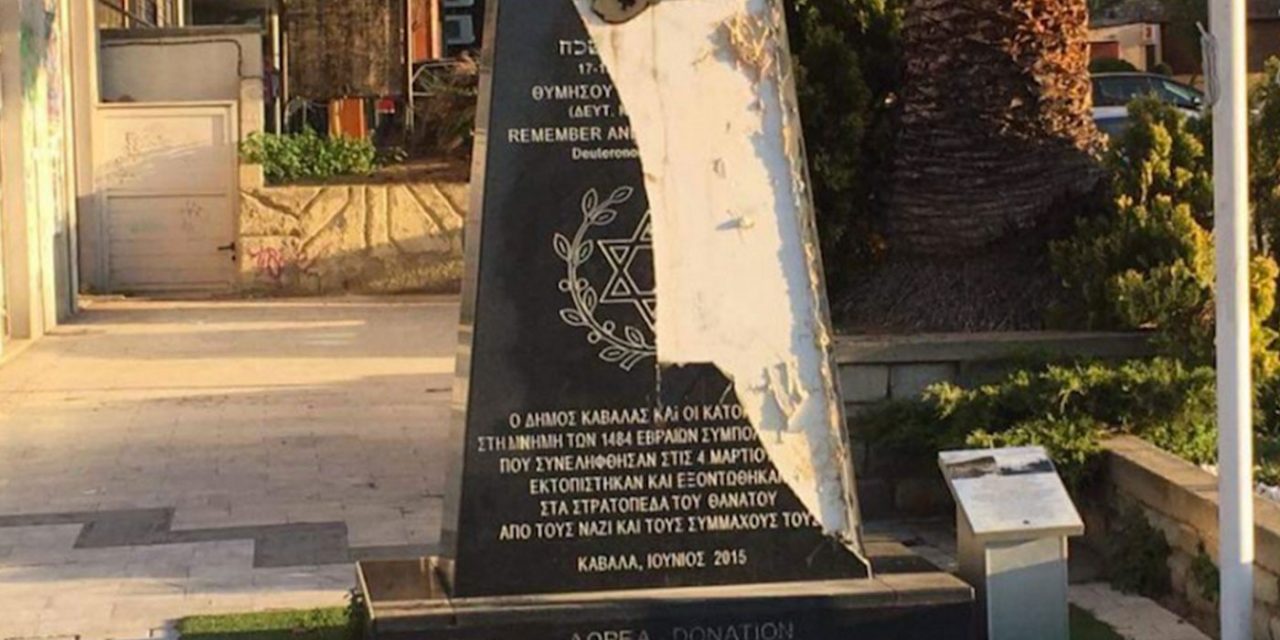 Two Holocaust memorials in Greece have been vandalised, one in Kavala, a city in the north, and another in Arta, a town in the north west of the country.

The Athens-based daily newspaper Ekathimerini reported that the marble veneer of one memorial was smashed with hammers on Wednesday night (last week). There are no suspects.

The monument was erected last year to commemorate the 1,484 Jews from the city who were killed during the Holocaust.

“Every act of vandalism on a monument opens a new wound in regards to the history and culture of Kavala, a community that has always been open, always tolerant and respectful of other cultures and religions,” the municipal authority said in statement, according to Ekathimerini.

Days earlier a memorial in Arta, in northwestern Greece, was vandalised with paint and the word “Yolo” which is slang for, “You Only Live Once”.

This attack came just days after the community of Arta held a ceremony to remember its Jewish community that was lost. In 1944, some 352 Jews in the town were arrested, with most of them being sent to Auschwitz to their death.

“It is obvious that there are still people disturbed by their Jewish fellow citizens even if the latter are dead. They cannot tolerate even their memory,” the Central Board of Jewish Communities in Greece said in a statement.

“We are confident that both the municipality of Arta and the vast majority of its citizens will not allow the desecration of memory by a few nostalgic obscurantists who vulgarly aim at staining the image of the city. We are also confident that soon the monument will stand again to fulfil its purpose: remind the visitors of the atrocity that led to the annihilation of the Jews of Arta simply because they were Jews and awaken the society that such an absolute evil can happen again unless we strongly preserve our democratic and humanitarian principles.”