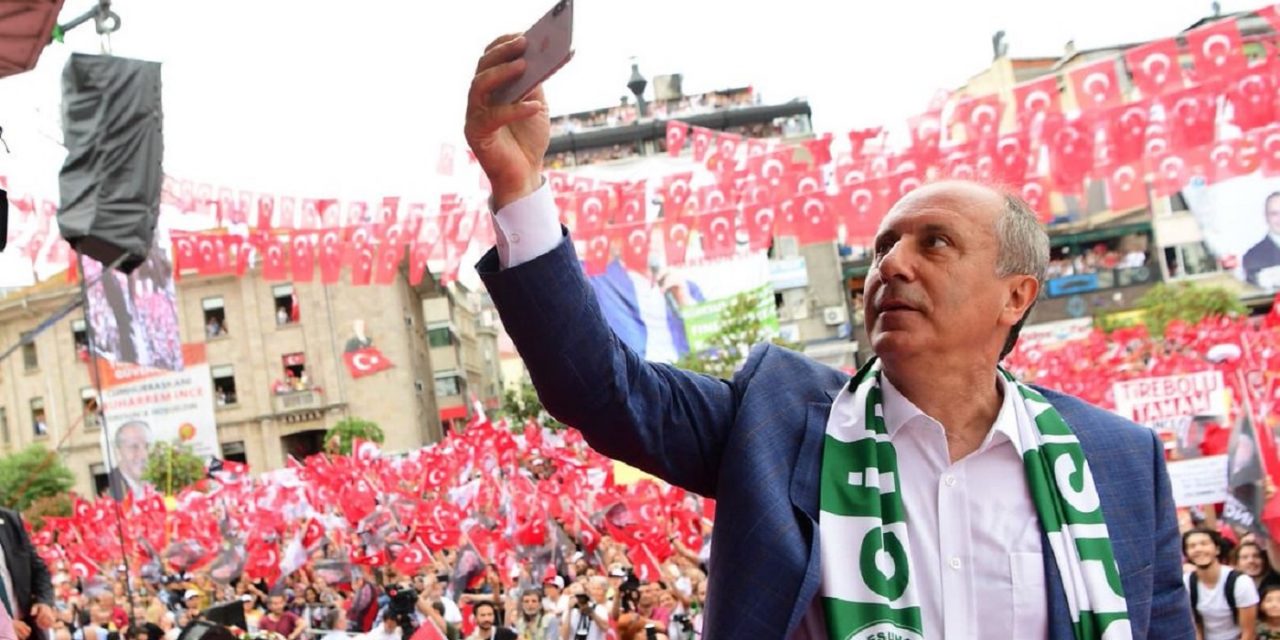 The only realistic candidate to replace Turkish President Recep Erdoğan in the forthcoming elections is running on a campaign that tries to paint him as an Israeli collaborator.

Presidential contender Muharrem İnce accused Erdoğan of signing a “secret deal with Israel” and “deceiving the public” about his true stance regarding the Jewish state during an election rally in the city of Ordu Wednesday, Turkey’s Hurriyetreported.

According to a Bloomberg poll, Ince, head of the main opposition Republican People’s Party (CHP), has only 30% of the public behind him, compared to 50.8% for the incumbent, ahead of the upcoming June 24 election.

İnce asked a series of fiery questions at the rally, according to the report.

“Did you sign a secret deal with Israel? Yes, you did,” he declared.

“Does the oil trade with Israel continue? Yes, it does. Do you continue to buy seeds from Israel? Yes, you do. Did you send an instruction to schools to not boycott Israeli goods? Yes, you did,” he continued, while demanding that Erdoğan face him in a televised debate on these issues and calling him a “coward” for not accepting.

He also criticized the government’s policy of allowing Israelis to come as tourists without needing to apply for a visa, while Palestinians are not exempt.

Turkey’s relations with Israel have deteriorated dramatically over the past several years. In recent weeks, Erdogan has been among the most vocal critics of Israel, comparing its treatment of Palestinians in Gaza to the Nazis and spearheading the protest against President Donald Trump’s decision to move the US Embassy in Israel from Tel Aviv to Jerusalem.