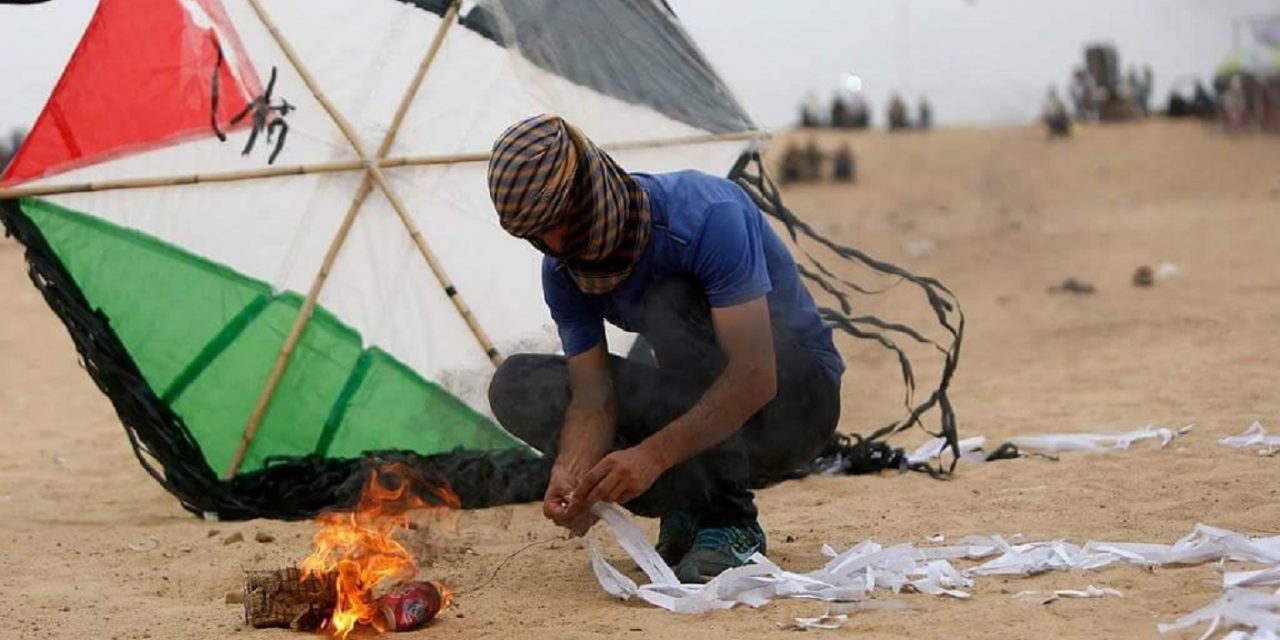 Hamas warned Thursday that it would dispatch some 5,000 burning kites into Israel from the Gaza Strip to coincide with Eid al-Fitr, the Muslim holiday marking the end of Ramadan.

“We’re giving the Israeli government a chance to end their siege on the [Gaza] Strip, otherwise we will force the residents of the Gaza Belt to live under a siege of [burning] kites,” commanders of Hamas’ kite unit said at a press conference.

Burning kites and helium balloons filled with flammable materials have caused millions of shekels in damage and set ablaze thousands of acres of farmland and forestland in areas adjacent to the Gaza Strip over the last few weeks.

Meanwhile, Thursday afternoon, IDF drones attacked a squad of Hamas operatives who were preparing aerial arson balloons at a training camp, presumably to be used tomorrow.

“A short while ago, a drone fired a warning shot at a squad who were preparing fire balloons in the southern Gaza Strip,” the IDF Spokesperson said in a statement.