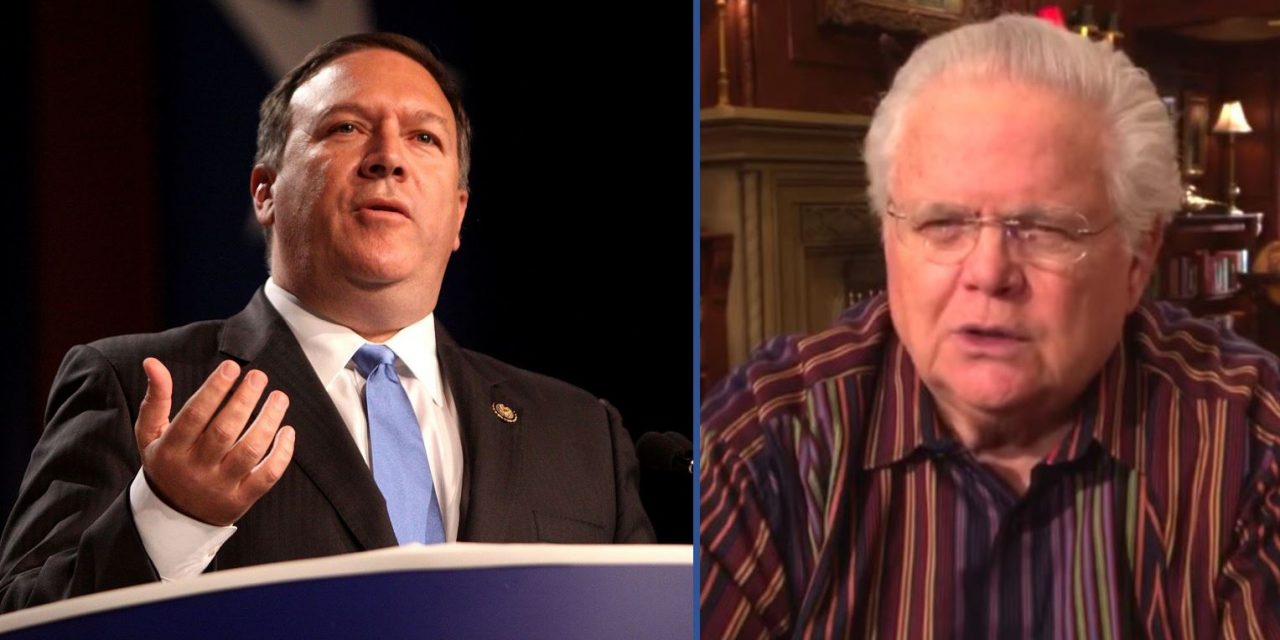 CUFI’s founder Pastor John Hagee has described the US government’s announcement to rescind the country’s longstanding discriminatory policy towards Judea and Samaria as “historic” and has praised the President for his “bold and courageous” decision.

United States Secretary of State Mike Pompeo announced Monday that the US has rescinded a 1978 State Department opinion called the Hansell Memorandum, which claimed that civilian settlements in Judea and Samaria are “inconsistent with international law.”

According to a report by the Jerusalem Post, the State Department’s legal office embarked on a year-long review of the Hansell Memo and met with international law experts and officials from various governments.

CUFI did not agree with the Hansell Memorandum’s conclusion and we welcome its revocation. Our policy of not taking a position on final status issues remains unchanged. Watch Pastor Hagee’s remarks here.

Posted by Christians United for Israel (CUFI) on Monday, 18 November 2019

The State Department issued the Hansell Memo in 1978 under the Carter administration, but President Ronald Reagan rejected its conclusion in 1981.

The State Department undertook review of the memo after the Obama administration, in one of its final moves, facilitated the United Nations Security Council’s passage of Resolution 2334 in December 2016, which condemned Jewish communities in Judea and Samaria as “flagrant violation[s]” of international law and with “no legal validity,” the Post reported.

The Trump administration concluded that the Hansell Memo represents a distraction, and that any legal decision about the issue is appropriate for resolution by Israeli courts, according to a draft of Pompeo’s remarks obtained by The Associated Press.

“Calling the establishment of civilian settlements inconsistent with international law has not advanced the cause of peace,” Pompeo announced. “The hard truth is that there will never be a judicial resolution to the conflict, and arguments about who is right and who is wrong as a matter of international law will not bring peace.”

“We recognized the reality on the ground. … [and] provided a space for Israel and the Palestinians to negotiate,” Pompeo added.

Pompeo commented that U.S. policy has been inconsistent for decades, Times of Israel reported, pointing to statements by Preseident Barack Obama’s Secretary of State John Kerry and his declarations that Israeli “settlements” were “illegal.”

“The establishment of Israeli settlements in [Judea and Samaria] is not, per se, inconsistent with international law,” said Pompeo.

“Calling the establishment of settlement inconsistent with international law has not worked,” he added. “It cannot bring peace.”

Previous U.S. policies under the Trump administration have included the decision to recognize Jerusalem as Israel’s capital, the movement of the U.S. Embassy to that city and the closure of the Palestinian diplomatic office in Washington.