Trump: Attack by Iran against US will be met with response 1000x greater 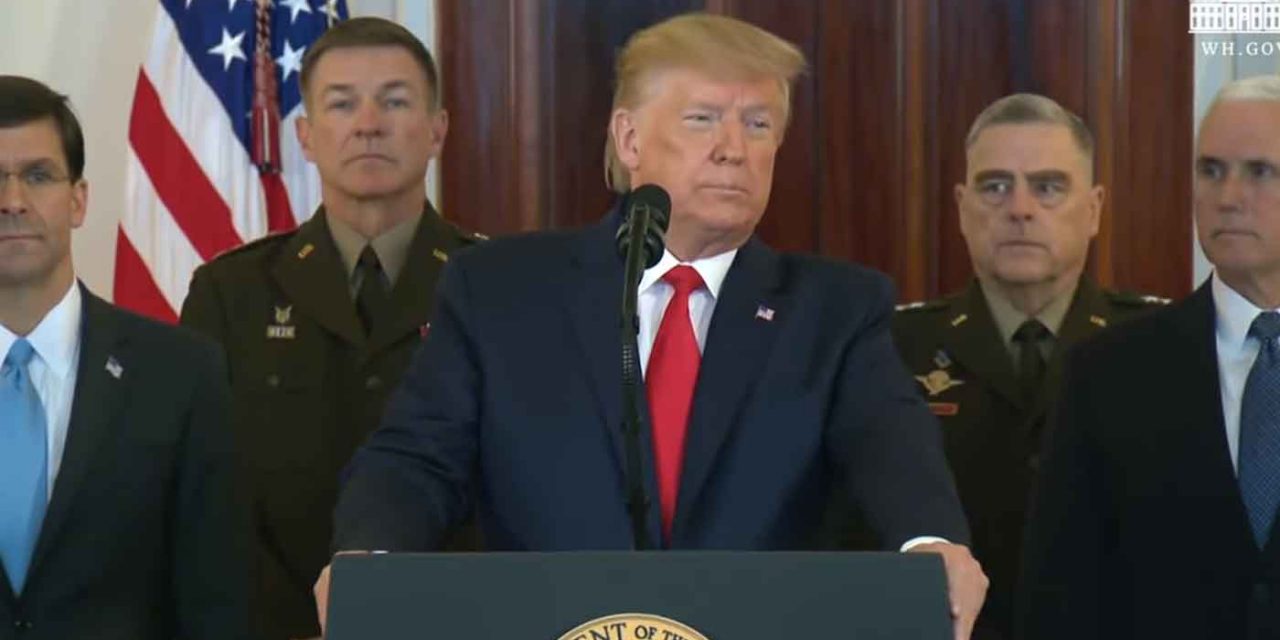 United States President Donald Trump threatened the Iranian regime on Monday over its planned assassination against the US ambassador to South Africa.

Citing CIA and US intelligence sources, Politico reported that the regime was currently weighing an attempt on the life of Ambassador Lana Marks in response to America’s assassination of Revolutionary Guards commander Qasem Soleimani in January.

“According to press reports, Iran may be planning an assassination, or other attack, against the United States in retaliation for the killing of terrorist leader Soleimani, which was carried out for his planning a future attack, murdering US Troops, and the death and suffering caused over so many years,” Trump said on Twitter. “Any attack by Iran, in any form, against the United States will be met with an attack on Iran that will be 1,000 times greater in magnitude!”

Politico said that US officials have been aware of a general threat against Marks since the spring but it added that details had become more specific in recent weeks, noting that the Iranian embassy in Pretoria was involved, although Tehran was also considering other options for retaliation.