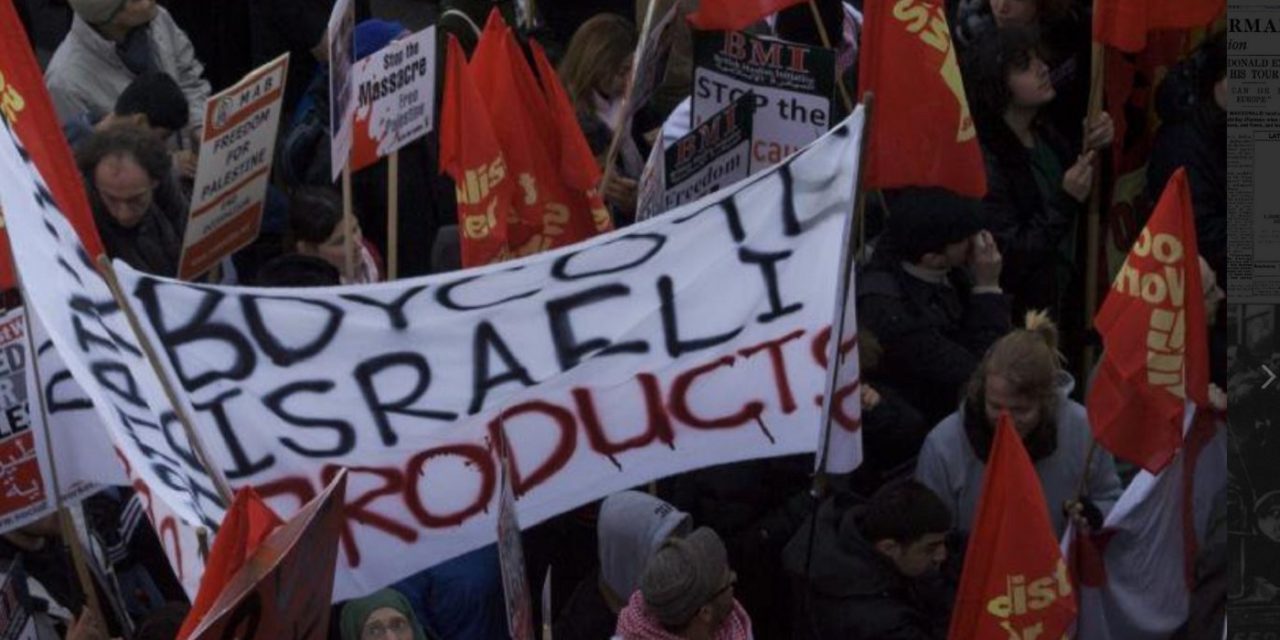 A third German intelligence agency has determined that the anti-Israel boycott campaign, known as Boycott, Divestment, and Sanctions (BDS), is anti-Semitic, Benjamin Weinthal reported for The Jerusalem Post Tuesday.

A section of the report compiled by the Berlin Office of Constitutional Protection, roughly the equivalent of the FBI, was titled “Special Topic: Antisemitism” singling out “campaigns, which targeted Israel with a boycott,” last year.

One incident used to illustrate the agency’s finding was the disruption of a pro-Israel event held at Humboldt University in Berlin that included Deborah Weinstein, a Holocaust survivor, and MK Aliza Lavie, of Israel’s Yesh Atid party. Three pro-BDS activists stormed the event, called Life in Israel – Terror, Bias and the Chances for Peace.

Ronnie Barkan and Majed Abusalama, two of the anti-Israel activists who disrupted the Humboldt event, had previously been barred from speaking at an Oldenburg BDS event due to their anti-Semitism.

Another example cited by the report was an effort to pressure an arts and music festival to refuse sponsorship of the Israeli Embassy in Germany. The organizers of the Pop-Kultur Festival said that they refused to be “intimidated” by the pressure tactics used by the BDS campaign and accepted the sponsorship.

In 2016, after extensive reporting on the growth of the BDS movement in Berlin, the city’s mayor, Michael Müller, observed that a tactic adopted by the BDS campaign of “standing with antisemitic signs in front of Berlin shops” is the functional equivalent of “the intolerable methods used in the Nazi era.”

Intelligence agencies in two other German states have previously identified the BDS campaign as anti-Semitic in recent months.

A May report by the State Office for the Protection of the Constitution in the German state of Baden-Württemberg said that the efforts to single out Israel for boycotts “roughly recalls similar measures against German Jews by the National Socialists, for example, on April 1, 1933 (the slogan: ‘Germans! Defend yourselves! Don’t buy from Jews!’).”

In June, the intelligence agency of the German state of Rhineland-Palatinate wrote in its report, “The Third Way’s slogan ‘Boycott Products from Israel’… betrays significant parallels to the anti-Jewish agitation of the National Socialists.” The Third Way (Der Dritte Weg) is a German neo-Nazi party.