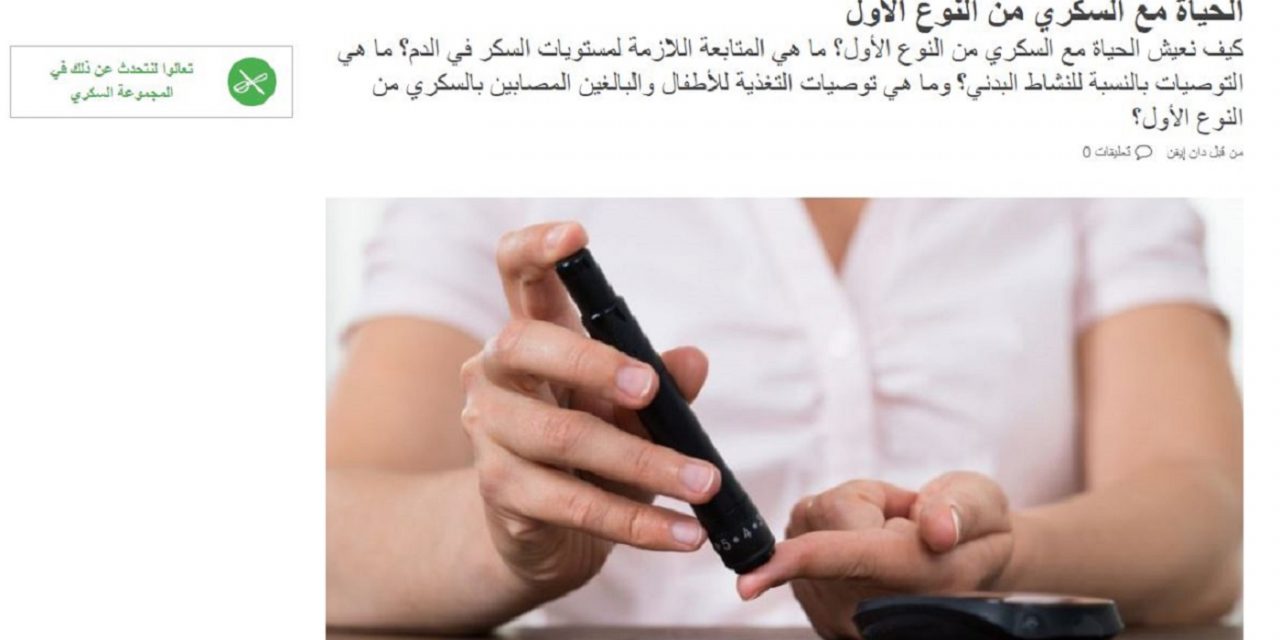 Israel’s Gertner Institute at the Sheba Medical Center recently launched “Sehatuna,”  an online platform in Arabic dedicated to providing medical support and guidance on diabetes. The first of its kind virtual community which functions in Arabic, will facilitate consultations with Israeli medical professionals, connect diabetes patients from all over the world, and feature a variety of articles on nutrition, medicine, and new diabetes treatments.

Sehatuna, which means “our health” in Arabic, was established by the Gertner Institute and with support from the Israel Ministry of Foreign Affairs and the Ministry of Regional Cooperation. The Gertner Institute, which already manages thirty-five online medical communities in Israel in Hebrew, laid the groundwork for Sehatuna after receiving multiple requests from users to establish a diabetes community for Arabic speakers.

With the second highest rate of diabetes increases anywhere in the world, Sehatuna has the potential to service millions of Arabic speakers from Middle Eastern and North African countries.

“Sehatuna is a welcome first-step in making telemedicine services available to the Arab sector and will allow the Arab population to use the platform effectively to raise awareness about diabetes,” notes Professor Naim Shehadeh, who manages the website alongside Dr. Hashem Bsisi, a physician at the Hadassah Ein Kerem hospital in Jerusalem. Professor Shehadeh is the President of the Israel Diabetes Association and Director of the Institute of Endocrinology and Diabetes at the Rambam Hospital in Haifa.