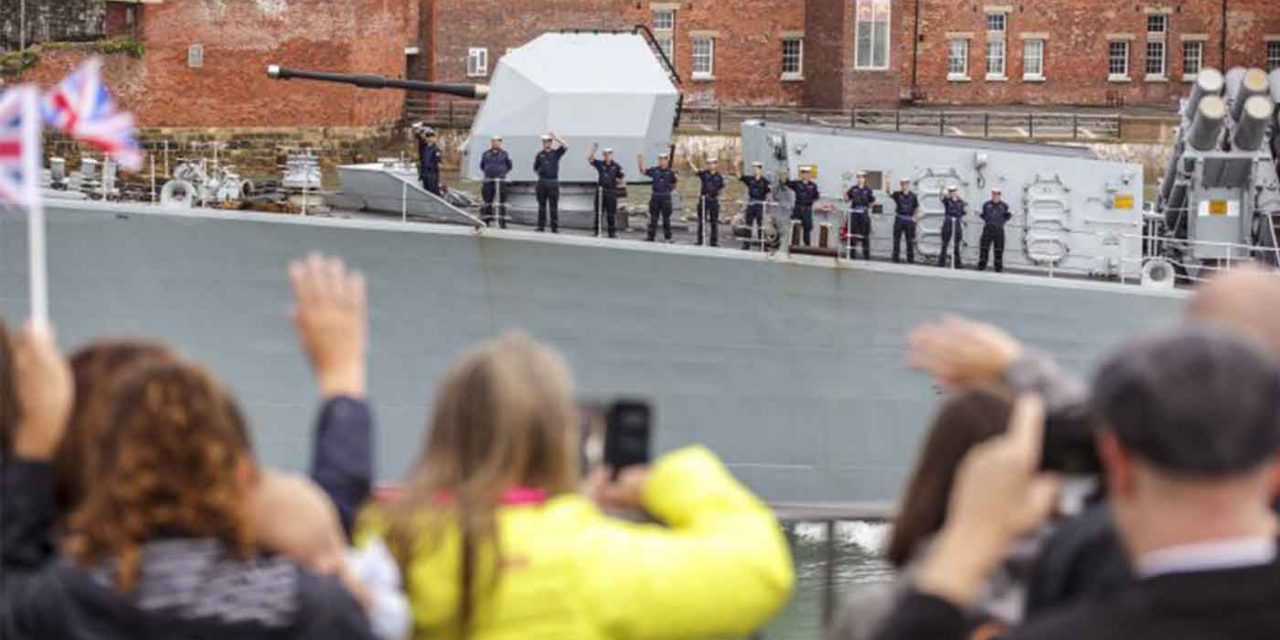 A third British warship, HMS Kent, set sail from Portsmouth on Monday morning, becoming the third Royal Navy vessel to make its way to the Gulf of Oman admit tensions with Iran.

Forces Network reported that the Type 23 frigate was initially due to patrol the region alone and provide regional maritime security. However, since the seizure of a British tanker in the Strait of Hormuz the warship will also be escorting British-flagged vessels through the Strait alongside HMS Montrose.

Along with the ship’s company, a wildcat helicopter and Royal Marines from 42 Commando who are specialists in ship protection and boarding operations are onboard.

Britain’s hopes of a European task force have not come together, so far, therefore the UK has increased its own presence and combined operations with the US.

Forces News spoke to Abdulaziz Alghashian, a Middle East expert from Essex University, about the current situation in the Gulf:

“As a result of these past months and the tensions of the past months, the Iranian Revolutionary Guard Corp have been significantly emboldened.

“Therefore the likelihood of this, of a contact of some kind of exchange, an unwanted exchange, is becoming more and more likely.”

The aim is for HMS Kent, which is armed with sea captor missiles, to deter Iran from even trying to seize another tanker.

If these weapons have to be used, it would be a serious escalation.

Commander Andy Brown, Commanding Officer of HMS Kent, said: “We are committed to upholding freedom of navigation and reassuring international shipping, which this deployment on operations aims to do.”

As it stands, HMS Kent is due back in the UK around Christmas time, but things could change between then and now.

The Type 45 destroyer departed for the Asian Pacific as part of the UK’s commitment to the peace and prosperity in the region.

However, she would be within an easy reach of the Gulf if she is needed.