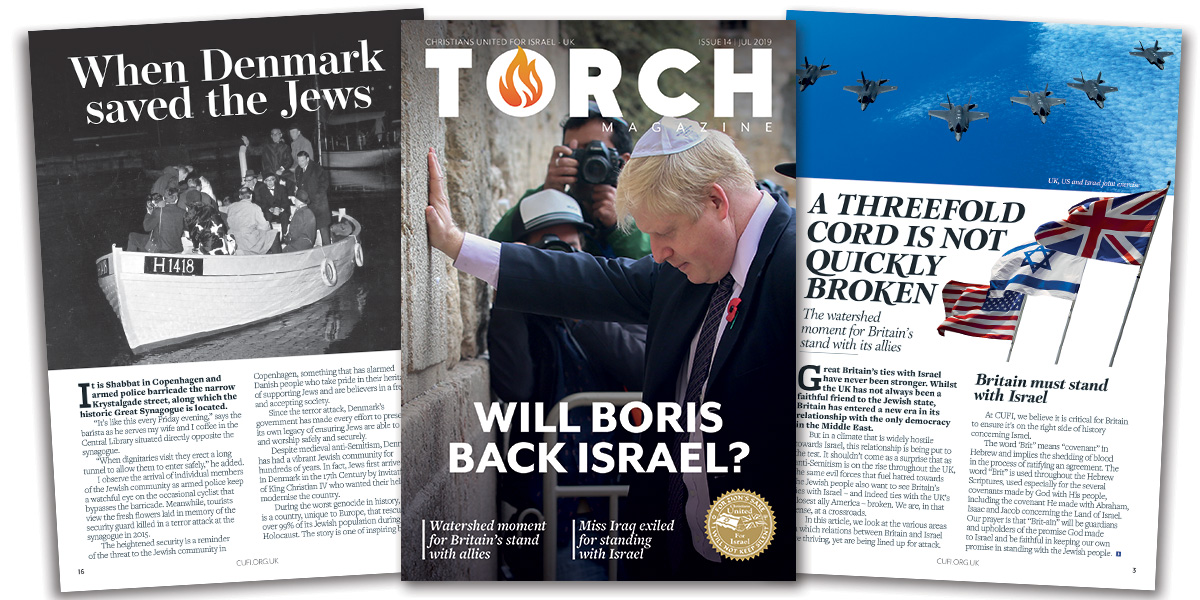 Christians United for Israel UK’s fourteenth issue of the Torch magazine is out now.

In this issue we take a look at the importance of Britain’s current relationship with Israel. From extensive military and intelligence cooperation, often downplayed by the UK government, to thriving bilateral trade – Britain’s ties with Israel are going from strength to strength. However, we explain why the “threefold cord” between the UK, United States and Israel is potentially under threat and must be preserved. 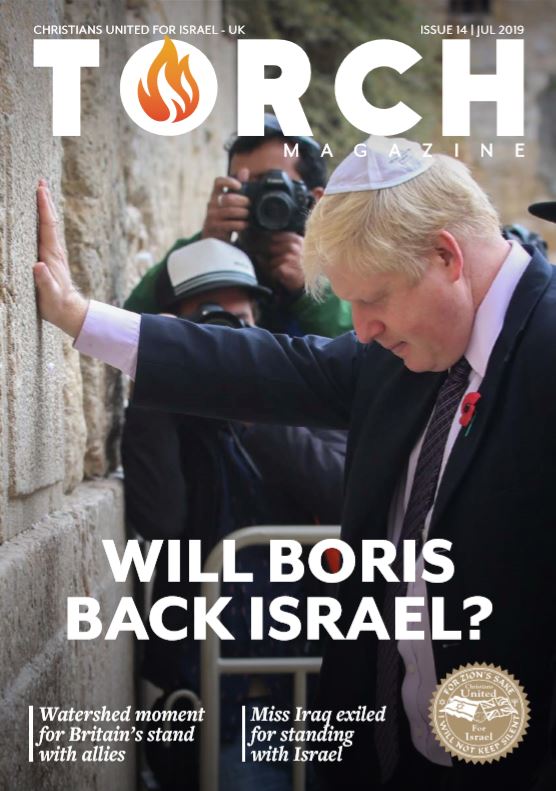 We are living in changing times, accompanied by new challenges. For CUFI this is also a time of new opportunities. We are praying that the UK’s newly appointed Prime Minister, Boris Johnson, will have wisdom as he addresses issues relating to Britain’s stand with Israel – the most pressing being the growing threat from Iran towards Britain and our allies. Our article reviews Boris’s record on Israel-matters and looks ahead to some of the key challenges facing the new PM, who describes himself as a “passionate Zionist” who loves Israel.

You will also be encouraged to read about the bravery of the Danish people who united to save 99% of its country’s Jews during WWII; meanwhile the experience of the former Miss Iraq, exiled for her stand with Israel, is an inspirational modern-day example of courage in the face of opposition.