Theresa May: “I am proud to say that I support Israel” 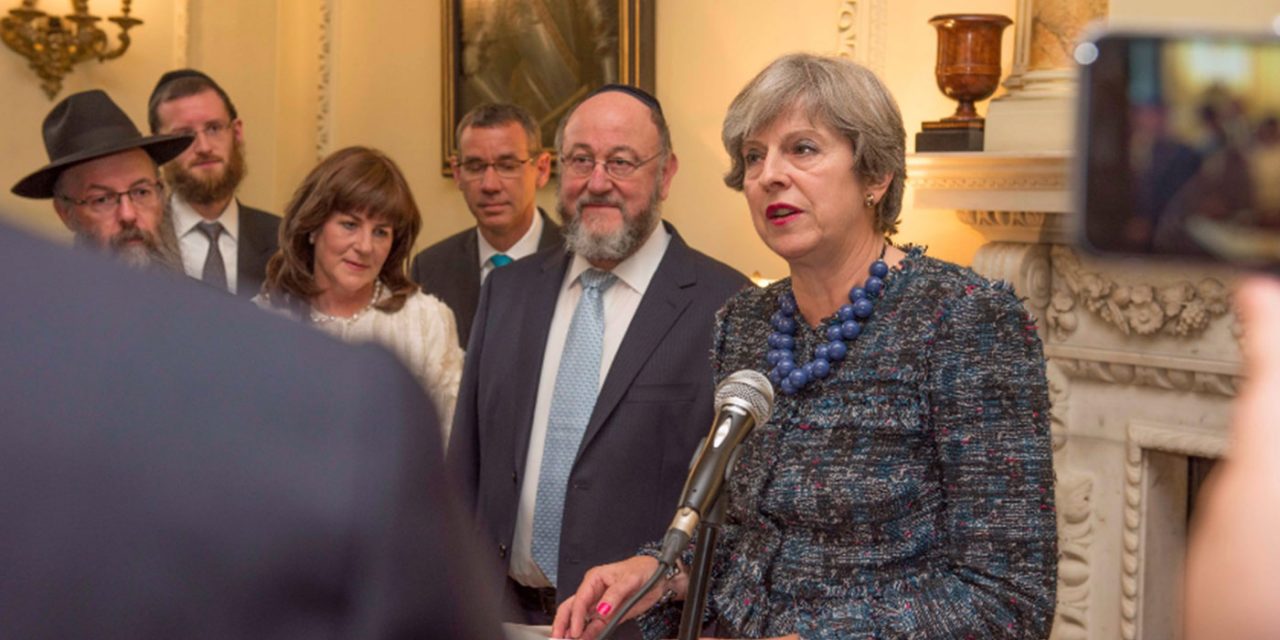 This week Prime Minister Theresa May hosted members of Britain’s Jewish community at 10 Downing Street ahead of Rosh Hashanah (the Jewish New Year). In her message to those gathered she declared she was “proud” to “support Israel”.

The centenary celebrations of the Balfour Declaration are taking place in November and referring to this special occasion, the said the following:

“Born of that letter, the pen of Balfour, and of the efforts of so many people, is a remarkable country….As Prime Minister, I am proud to say that I support Israel. And it is absolutely right that we should mark the vital role that Britain played a century ago in helping to create a homeland for the Jewish people.”

In countering the rise of anti-Semitism in Britain, Mrs May said she would “actively encourage” the use of the newly-adopted working definition of anti-Semitism. It is hoped that this new definition will give clearer guidelines to police and other authorities in order to properly define what is anti-Semitism.