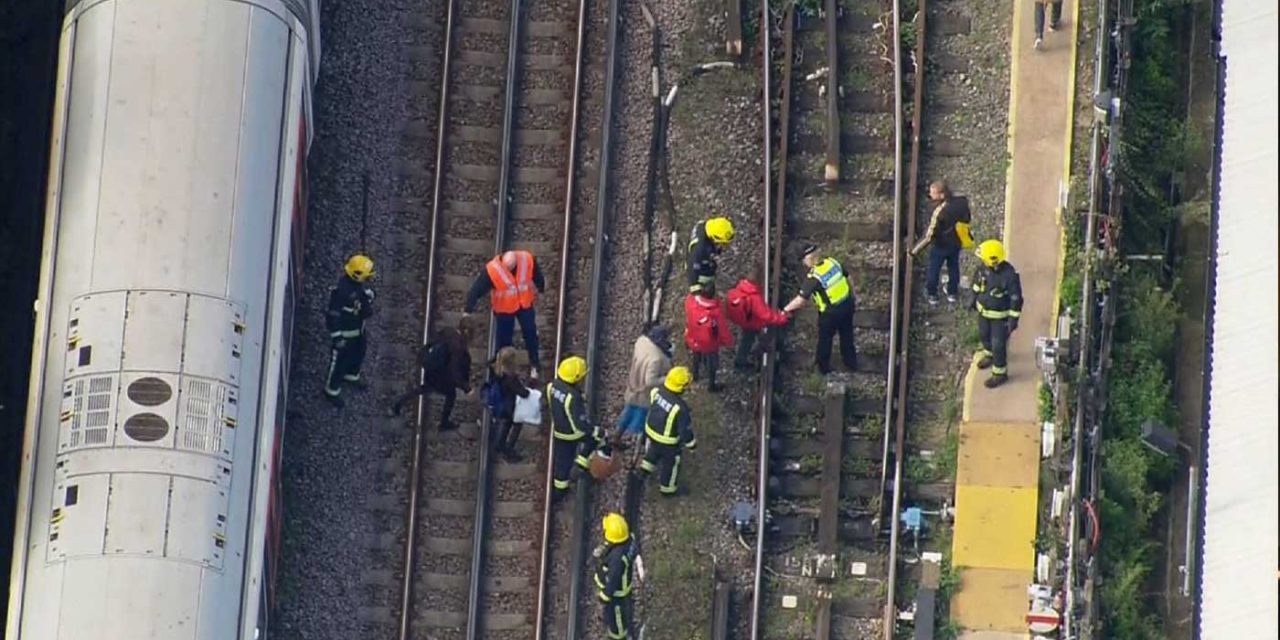 UPDATE: 18 people are reported injured. It is also reported that the bomb failed to detonate properly.

Several people have been hurt in a terror attack on a London Tube train.

Witnesses reported seeing a number of casualties “covered in blood”, after an explosion on a busy commuter train at Parsons Green Underground station, near Fulham, southwest London during rush hour.

Several passengers suffered facial burns from the explosion. Others were injured as a “stampede” took place on the platform, with people being knocked over and injured, including children.

One witness described the situation as “every man for himself” and that no one could stop the “stampede”. A “crush” then took place on the platform as people pushed each other to get through the gates that were closed.

London ambulance services has confirmed that 18 people have been hospitalized. None of the people are thought to be in a life threatening position at this time.

One passenger said that a “fireball flew down carriage and we just jumped out open door”.

Another commuter said she “saw a bag, flash and a bang” – while another said he sensed a “chemical smell rather than burning smell”.

Pictures from the scene appear to show that the white container in a Lidl bag near a door had wires coming out of it. Clearly a home-made explosive device.

Scotland Yard has said they are treating it as a terror related incident.

Around 50 firefighters from a number of stations, including Wandsworth, Chelsea and Hammersmith, are at the scene.

There was reports of a second device which is said to have been safely disposed of by police.