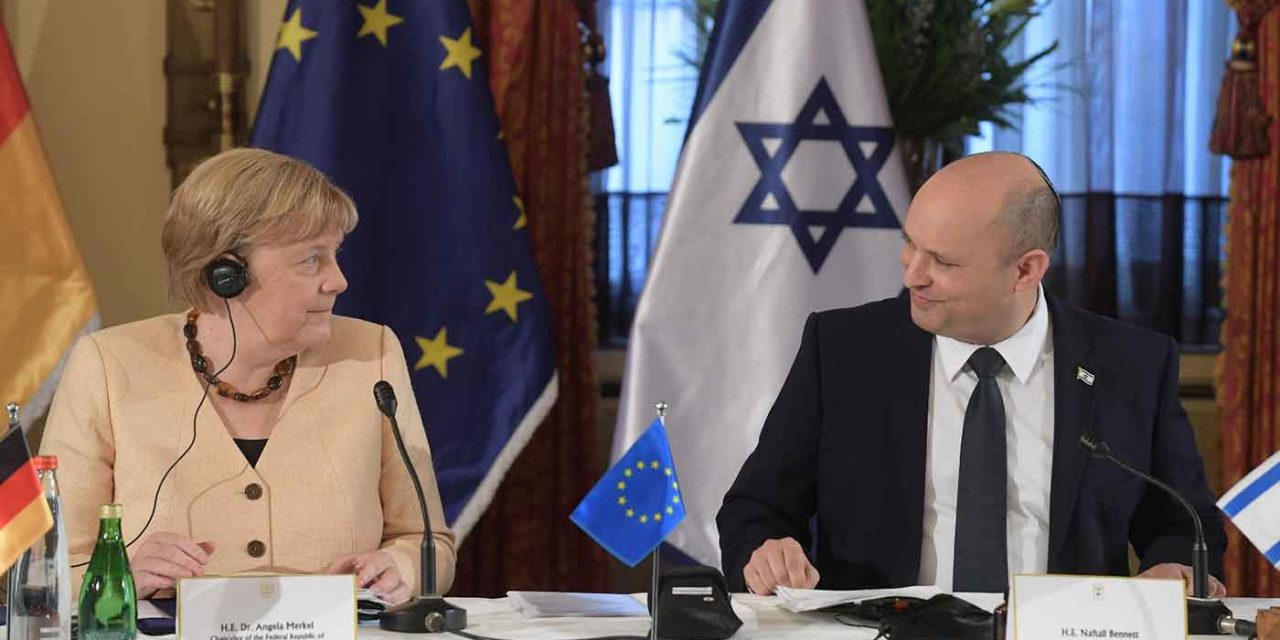 She also spoke about the need to stop Iran from obtaining nuclear weapons and said Germany believes a two-state solution remains the best way to end Israel’s decades-long conflict with the Palestinians.

Germany is Israel’s largest trading partner in Europe and the German government has provided solid support to Israel during wars and diplomatic crises.

“During my term in office I have tried together with all members of my government to work hard to make the relationship between both our countries and peoples even stronger and broader, for example through the inter-governmental consultations,” she said. “It is not only matters that affect our past that play a part, but also our look to a common future.”

“I want to use this opportunity to emphasize that the topic of Israel’s security will always be of central importance and a central topic of every German government.”

During a press conference in Jerusalem, Merkel reiterated this, saying “the security of Israel is non-negotiable for Germany.”

Israel’s Prime Minister Naftali Bennett credited Merkel with fostering ties between the countries that have “never been stronger” and described her as “Europe’s moral compass” due to her support for Israel.

On Iran, the outgoing chancellor said she was still in favour of the nuclear deal (JCPOA) with Iran. While she admitted it was not a perfect deal she felt the pros outweighed the cons. She understood that Israel did not agree with this.

Merkel expressed that while Germany and Israel may not agree about the JCPOA the two countries do share “a common attitude to prevent the nuclear armament of Iran”.

“Every visit to Yad Vashem touches me at the core,” Merkel said, according to a translation provided by the museum.

“The crimes against the Jewish people that are documented here are a perpetual reminder of the responsibility we Germans bear — and a warning,” she added, saying it was Germany’s responsibility to stand up against antisemitism.

“That Jewish life has again found a home in Germany after the crimes against humanity that were the Shoah, is an immense expression of trust, for which we are grateful,” said Merkel. “This trust compels us to stand up with determination against antisemitism, hatred, every day anew.”

“This is an obligation for every federal government,” she said, referring to the ruling cabinet of her home country.

Regarding peace between Israel and the Palestinians, Merkel reaffirmed her faith in a two-state solution but understood the difference of opinion on this subject.

“We sometimes disagree on questions such as whether there should be a two-state solution with the Palestinians,” Merkel told Bennett’s cabinet. “But we agree, I think, that there must always be a vision of a lasting democratic Jewish State of Israel.”