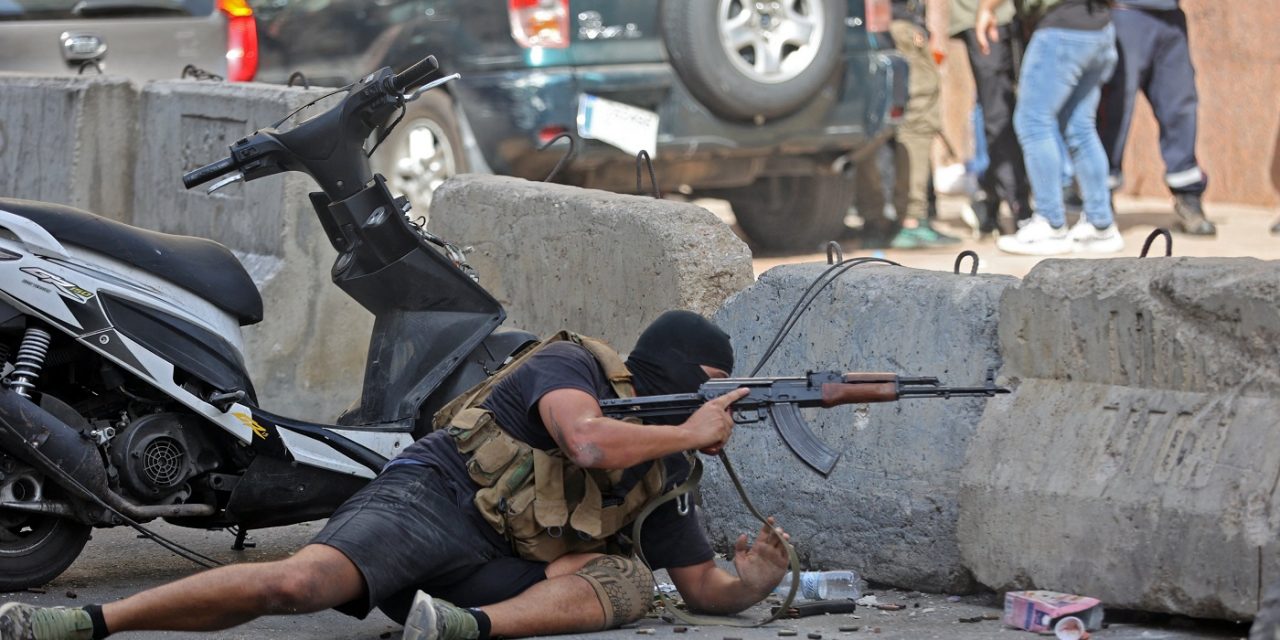 Iran has blamed ‘the Zionist entity’ for the killing of protesters that took place in Beirut on Thursday.

The clashes in Beirut began in the largely Christian neighbourhood of Ain el-Remmaneh, the same location where the 1975-1990 civil war broke out.

The protests involved supporters of Hezbollah and the Amal Movement, a Lebanese militia group that is the largest Shi-a party sitting in Parliament, both of which are demanding that the judge investigating last year’s deadly Beirut port blast be removed. A Lebanese court on Thursday ruled against the removal of Judge Tarek Bitar.

Six people were killed and 32 were wounded when snipers opened fire on the demonstrators, with the Shi’ite movements that organized the protests saying that people were shooting from rooftops.

The Lebanese Hezbollah terror group and its allies called Wednesday for the removal of the judge leading the probe into last year’s massive explosion at Beirut’s port. The move could derail the country’s new government even before it begins tackling Lebanon’s unprecedented economic crisis.

The Iran-backed Hezbollah terror group and allied senior Lebanese politicians have been assailing Bitar for weeks, accusing him of singling out politicians for questioning, most of them allied with Hezbollah. None of Hezbollah’s officials have so far been charged in the 14-month-old investigation. The probe was temporarily suspended Tuesday amid legal challenges against Bitar.

Bitar is the second judge to lead the probe into what caused thousands of tons of ammonium nitrate stored in the port for years to detonate. He has come under criticism by some politicians for what they say is a politicized and biased line of investigation.

Meanwhile the Iranian regime blamed Israel for the violence in the usual attempt to demonise the Jewish state:

“Iran believes that the people, the government, the army and the resistance in Lebanon will successfully overcome seditions backed by the Zionist entity,” IRNA news agency quoted the Iranian Foreign Ministry spokesman Saeed Khatibzadeh.

Sources: i24News and Times of Israel