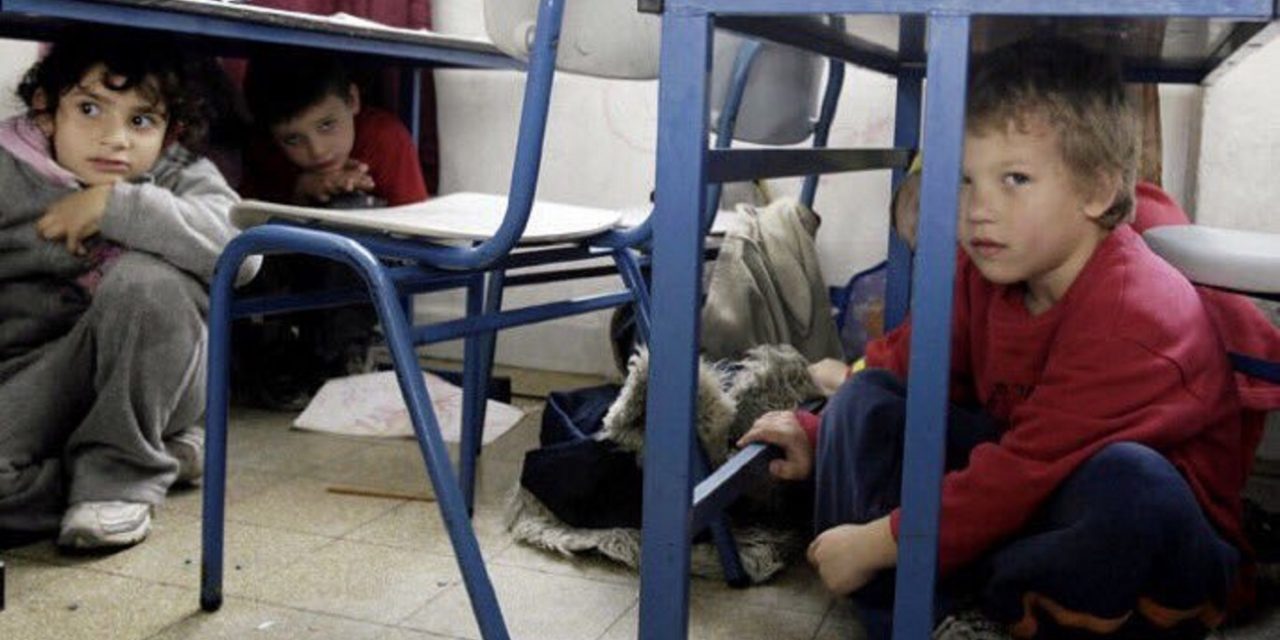 When news broke yesterday that Israel had launched airstrikes in Gaza, news channels, such as SkyNews and the BBC placed the story at the top of their headlines. The strikes were, of course, in response to a barrage of mortars being fired by terrorist groups in Gaza into Israel.

But when the rocket attacks by Hamas and Islamic Jihad escalated with dozens of rockets being fired throughout the day and into the night, the story seemed to fade into the background, seemingly because it became apparent that Israel was the victim.

Other reports were quick to indicate that the attacks resulted in no injuries. As a matter of fact, three soldiers and one civilian were wounded by shrapnel. But the untold story is the tens of thousands, including thousands of children, living near the Israeli border were forced into hiding in the middle of the night in fear of being struck by Hamas rockets.

At least 10 people in Gaza periphery communities required medical treatment for trauma and emotional shock by early evening on Tuesday, according to the United Hatzolah Psychotrauma and Crisis Response Unit.

This illustration depicts the rockets and mortars that terrorist organizations in the Gaza Strip fired at Israeli civilians pic.twitter.com/kZvxyq5NkW

In total, more than 100 rockets and mortars were fired into Israel – more in 24 hours than during the past three years.

As Israelis were just waking up and taking their children to school on Tuesday, they found themselves under attack by an initial barrage of more than 30 mortars fired into southern Israel from Gaza. Families had 15-30 seconds to get under cover after hearing the piercing Red Alert sirens warn of an incoming projectile.

Several homes and vehicles were hit by mortars as mothers tried to pull their screaming, confused babies into the closest safe room and shield the children with their bodies. Minutes before crowds of Jewish children were scheduled to arrive, an Israeli kindergarten near the Gaza border was hit with pieces of shrapnel large enough to tear chunks of concrete out of the school’s walls and entrance doorway.

❌REPORTS: No civilian casualties in #Israel from #Hamas mortar attacks.

For some of the youngest Israeli children under four years old, the last 24 hours of constant Red Alert sirens and explosions nearby were the most traumatizing day of their lives. They are too young to remember the last time Israelis were besieged by such massive sustained rocket fire from Gaza, during the summer of 2014. For their parents, Tuesday brought back a familiar sense of terror as they spent the entire day within steps of the closest bomb shelter or huddled inside while the firestorm continued late into the night.

The Iranian-backed terrorist groups Hamas and Palestinian Islamic Jihad issued a joint statement claiming “credit” for the attack on Israel, and continued to escalate by launching more sophisticated and dangerous rockets into Israel throughout the night.

Lt. Col. Jonathan Conricus is reporting from a civilian home that was hit by a rocket earlier this morning pic.twitter.com/3HsEyAO9ie