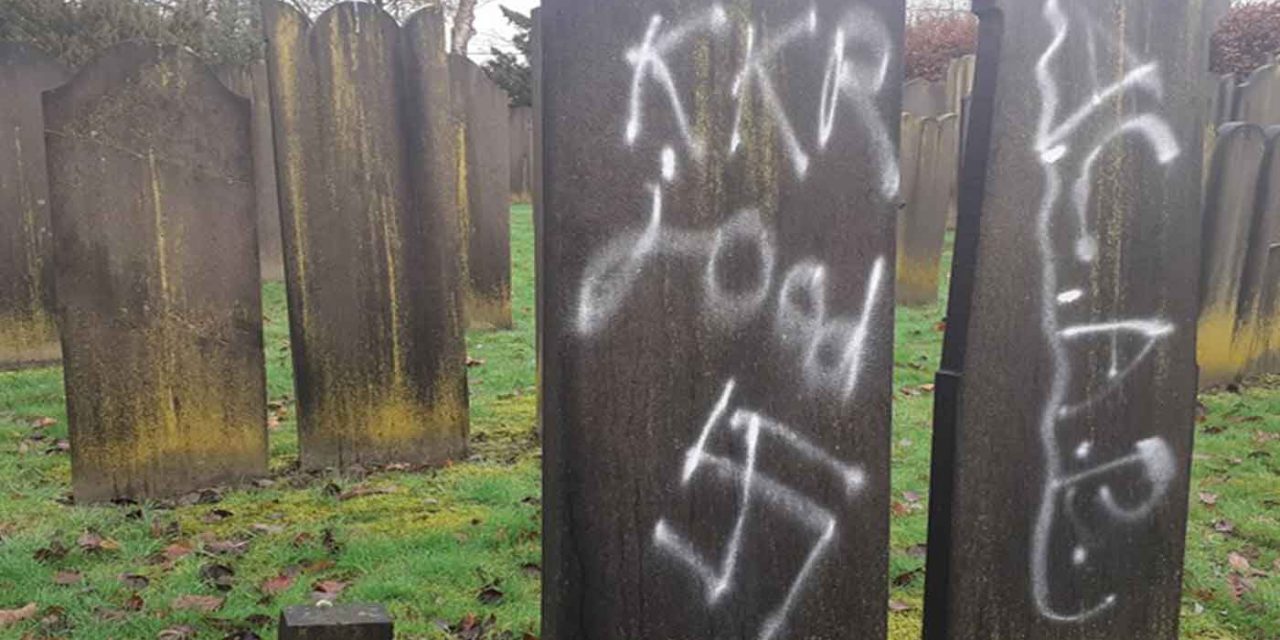 The incident in Dordrecht, situated about 40 miles south of Amsterdam, was discovered Tuesday. The graves were daubed in paint and Nazi symbols only days after the commemoration of the liberation of Auschwitz concentration camp.

Unbelievable that here, in The Netherlands, when we are commemorating 75 years to the #holocaust, #ANTISEMITISM shows its ugly face again. Even dead Jews bother those sick people😔😡 https://t.co/KC3yK8KWMC

The Organization of Jewish Communities in the Netherlands, or NIK, filed a police complaint.

In a joint statement the Dutch-Israeli church community NIK, which owns the cemetery, and the Rotterdam Jewish community, stated that the “attack on the dead is an attack on memory, respect and human dignity. The sheer determination of the perpetrators shows this isn’t a ‘simple’ act of vandalism. It speaks of hatred towards the Jewish community.”

Dordrecht mayor Wouter Kolff has called on witnesses to report to the police.

The daughter of an American politician who was assassinated by a Palestinian terrorist in the US has spoken to Israeli media of her father’s support for Israel, the ‘special...
Read More