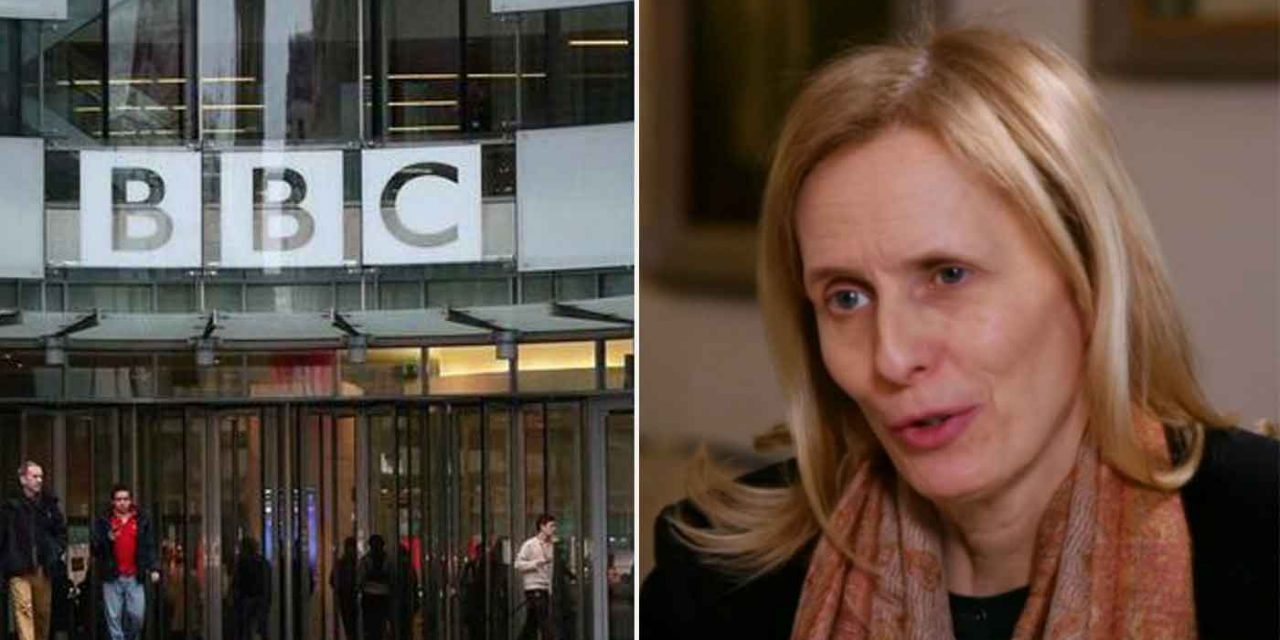 The Jewish community in the UK has responded in shock and outrage at a highly politicised piece of reporting on the BBC this week which linked the Holocaust with the Israel-Palestinian conflict in a way that was shamefully anti-Israel.

BBC journalist Orla Guerin filmed an emotional interview with Holocaust survivor Rena Quint in her Jerusalem apartment and then at Israel’s national Holocaust memorial Yad Vashem and which was broadcast on BBC News at Ten on Wednesday and repeated a number of times on Thursday.

The majority of the report was well put together, emotional and relevant to the subject. However, the report concludes with Guerin saying the following:

“In Yad Vashem’s Hall of Names, images of the dead. Young soldiers troop in to share in the binding tragedy of the Jewish people. The state of Israel is now a regional power. For decades, it has occupied Palestinian territories. But some here will always see their nation through the prism of persecution and survival.”

The remarks made by @BBCNews reporter @orlaguerin at the end of her report about an event dedicated to commemorating the Holocaust & fighting antisemitism, do exactly the opposite – they belittle the Holocaust by aggressively pushing an irrelevant issue.
Shameful and disgusting pic.twitter.com/rC8Jf21PEg

The segment attracted fierce criticism online and from the Jewish community.

Sadly, the post also attracted anti-Semites to make their voices heard. Some simply spouted anti-Israel propaganda whilst others claimed Jews have “stolen” the Holocaust for themselves. Others claimed that Israel uses the Holocaust as a shield against criticism for how it treats the Palestinians. All of these comments are gross distortions of reality and are, yes, anti-Semitic. If a report produces such responses, maybe it should tell us something about it.

As non-Jews, it may be hard to fully grasp the strength of feeling within the Jewish community around this issue. However, there are many Jewish voices speaking out against the BBC’s shocking report.

Here is an excellent response by Stephen Pollard from the Jewish Chronicle showing just how deeply this report has hurt the community.

“It is difficult – no, it is impossible – to see this as anything other than Ms Guerin’s hatred of Israel spilling over into a desecration of the Holocaust. On this most solemn of occasions, linking the murder of six million Jews with Israeli occupation of the West Bank is simply obscene.

Note that ‘but’ in her final sentence. You Israelis, she is saying, are the bullies now, with your military and your occupation. ‘But’ you have the gall still to think of yourselves as being the persecuted.

Forget the historical illiteracy. Forget the self-righteous sneering. Forget everything about this despicable report except this: Ms Guerin represents the perfect distillation of the phenomenon which obsesses over Israel, the only sanctuary in the world for Jews, and does not merely decry the Jews having the right to such sanctuary – and thus, in the context of the Holocaust, the right to exist – but which turns the murder of six million Jews into an act of which it is the Jews who should somehow feel ashamed. It is the Jews, in other words, who do not live up to the memory of the Holocaust.

This attitude – never explicit, of course – is all around us. It provides the context for Labour antisemitism, for the bias of newspapers like the Guardian, and for rising antisemitism generally.

It is to the BBC’s eternal shame that it allows such a piece to be broadcast.”

Other prominent figures within the Jewish community have also made their voices here. Board of Deputies vice president Amanda Bowman demanded an apology from the BBC.

“In an otherwise moving report on the experiences of a Holocaust survivor, Orla Guerin’s attempt to link the Israeli-Palestinian conflict to the horrors of the Holocaust was crass and offensive,” she said in a statement on Thursday.

“As we approach Holocaust Memorial Day, the Jewish community is within its rights to expect an apology,” Bowman added.

Gideon Falter, chief executive of the group Campaign Against Antisemitism, plans to make an official complaint.

“Few could imagine perverting what is supposed to be an educational piece about the Holocaust to instead fuel the very antisemitism that such education is supposed to prevent, but that is what the BBC has done,” he said.

Ms Guerin’s sign off was also condemned by the Israeli government. “The remarks made by BBC News reporter Orla Guerin at the end of her report about an event dedicated to commemorating the Holocaust and fighting antisemitism, do exactly the opposite,” said Lior Haiat, spokesman for Israel’s Ministry of Foreign Affairs.

“They belittle the Holocaust by aggressively pushing an irrelevant issue. Shameful and disgusting.”

The BBC has disgracefully stood by this piece of biased journalism that has deeply hurt the Jewish community.

A BBC spokesperson said, “the brief reference in our Holocaust report to Israel’s position today did not imply any comparison between the two and nor would we want one to be drawn from our coverage.”

No apology, no acknowledgement of the hurt caused, nothing. A disgraceful response from the BBC.

Ella Whelan from Spiked Online spoke with LBC and said it was “intentionally provocative”, adding, “It’s a scripted piece and having the voiceover with images of dead Jews is incredibly provocative.”

@Ella_M_Whelan of @spikedonline also spoke to LBC this morning and explained that this was not ‘clumsy’ reporting from Ms. Guerlin but was, in fact, ‘intentionally provocative!’ pic.twitter.com/e9K9Nfgnqz

How to complain to the BBC

If you would like to complain to the BBC directly, you can do so here: https://www.bbc.co.uk/contact/complaints

After you have received a reply from the BBC, you can complain to Ofcom here.