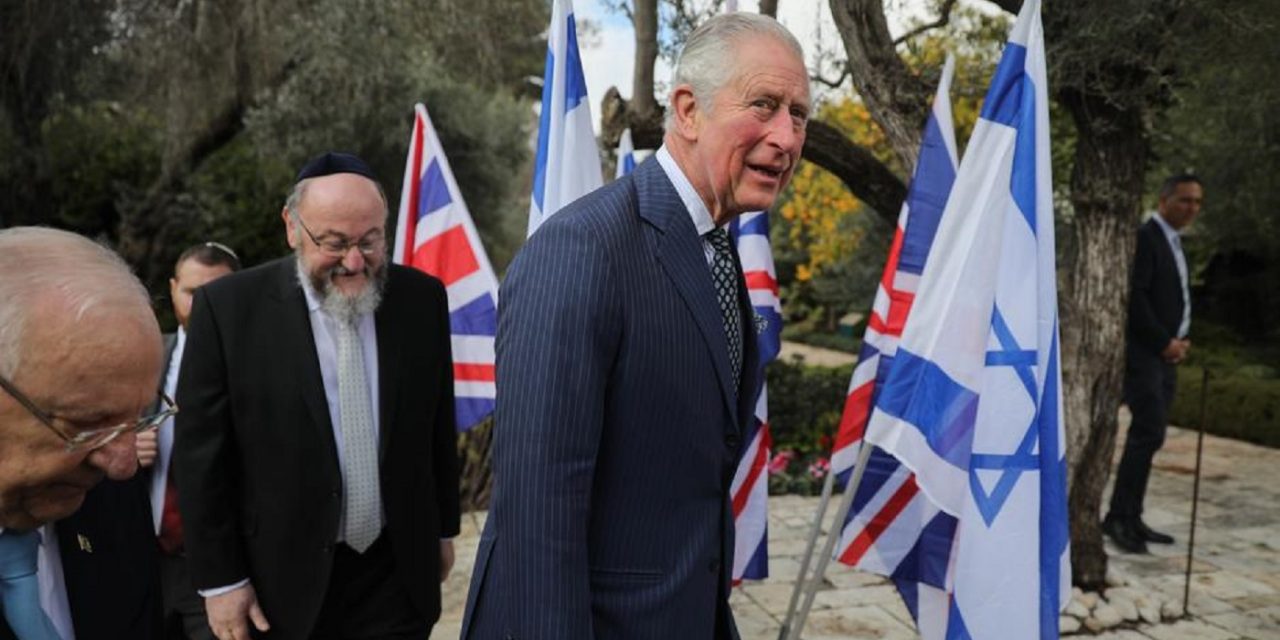 Israeli technology contributes greatly to the UK, Prince Charles said at a reception at UK Ambassador to Israel Neil Wigan’s residence on Thursday.

After meeting the people behind technological projects, he said “it seems to me like Israeli genius is maintaining the entire structure of the NHS, along with a great deal of other technology,” and spoke of “riveting developments and ingenious inventions.”

Prince Charles was also presented with sustainability projects: HomeBiogas, a device to produce natural gas from home waste, and Watergen filtration system, which draw waters from humidity in the air.

Grateful to UK Ambassador to Israel for inviting me to receive HRH Prince Charles #Auschwitz75 pic.twitter.com/0YElEenbKT

The Prince was in Israel on his first official visit, and his third visit overall, as in the past he came for the funerals of former prime ministers Yitzhak Rabin and Shimon Peres. He pointed out that he’s the same age as Israel and his grandmother – Princess Alice – is buried on the Mount of Olives.

“From my point of view, it has been particularly interesting to hear how close relationships are between our countries,” he stated.

Prince Charles was in Israel for the Fifth World Holocaust Forum, where he gave an address in Yad Vashem centered on the need to listen to survivors’ stories.

“It’s been a very special thing for me” to be remembering the Shoa, because he knew so many survivors when he was young, the Prince said.

Standing in front of a screen showing a British flag waving, Prince Charles joked that he when he sees Israel’s success he has hope that “certain things about the British Mandate weren’t so bad after all,” which brought a laugh from the crowd.