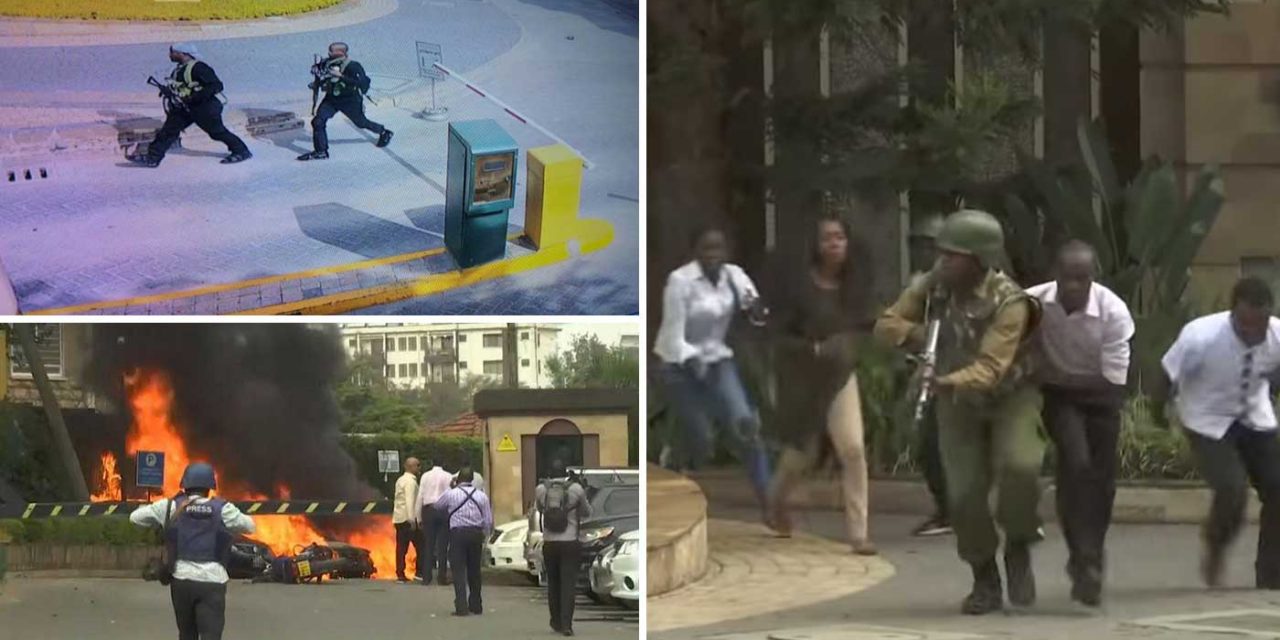 The Somali jihadist terror group behind the deadly attack in Kenya this week say the attack was to target “Western and Zionist interests” and was a direct response to the recognition of Jerusalem as Israel’s capital by the US.

The official statement from the al-Shabaab terror group was titled, “Jerusalem Will Never Belong to the Jews“.

The Shabaab al-Mujahideen Movement declared that its operation at the 14 Riverside Drive business complex came in accordance with the directive by al-Qaeda (AQ) leader Ayman al-Zawahiri to target “Western and Zionist interests,” and in response to US Donald Trump announcing Jerusalem as Israel’s capital.

“The Mujahideen carried out this operation … [as] a response to the witless remarks of US President Donald Trump, and his declaration of Al-Quds [Jerusalem] as the capital of Israel.”

The statement went on to say, “know that we will hold you to account for every Muslim blood spilt in Palestine; ounce for ounce,” it said in part.

According to the SITE Intelligence Group, which monitors jihadist groups, al-Shabaab released a photo of one of the attacker’s wearing a headband with text about Jerusalem, which reads “heading to Quds”. Quds is the Arabic for Jerusalem.

More than 14 people (some reports say as many as 21) were killed in the attack, including one British national and an American citizen. Interestingly the US citizen was a Jewish man who survived the 9/11 terror attacks in New York, which were carried out by al-Qaeda (the head organisation of al-Shabaab).

Al-Shabab has been affiliated with al-Qaeda since 2012 when its former leader, Ahmed Abdi Godane, pledged allegiance to Zawahiri.

If the connection between Osama Bin Laden and the 9/11 attackers was ever in doubt, this year it was reported that Hamza bin Laden, the son of Osama, has married the daughter of Mohammed Atta, the lead hijacker in the 9/11 terror attacks.

Hamza bin Laden, like his father, is a leading figure in al-Qaeda and wants to avenge his father who was shot dead during a US military raid in Pakistan seven years ago.