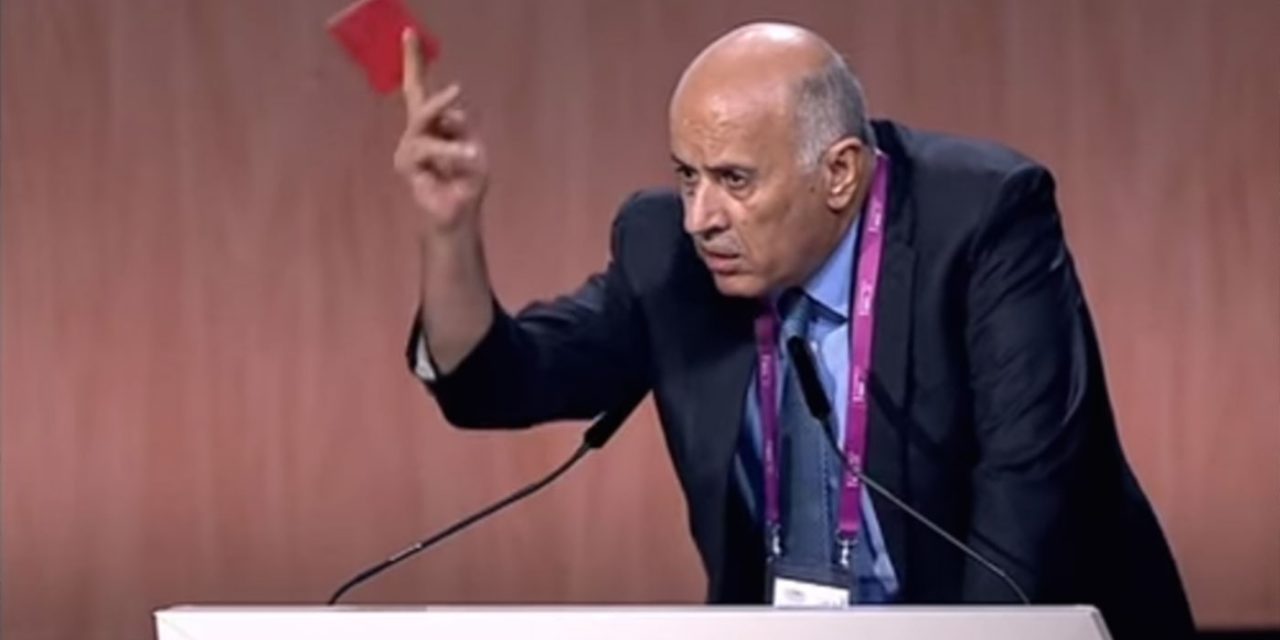 FIFA has announced that they have taken action against Jibril Rajoub with a 12-month match suspension and a fine after he called on football fans to “target” Messi and burn his shirts.

This is great news for CUFI as we launched a petition to FIFA following the incident and called for Rajoub to be dealt with. More than 3,000 people signed asking FIFA to “kick out” this hatred from the sport.

Rajoub’s calls resulted in threats of violence against the Argentinian team and Messi and his family and resulted in a friendly match between Israel and Argentina to be cancelled.

The Disciplinary Committee has sanctioned the President of the Palestinian Football Association (PFA), Jibril Rajoub, with a 12-month match suspension and a fine of CHF 20,000 for breaching article 53 (Inciting hatred and violence) of the FIFA Disciplinary Code, following media statements he gave calling on football fans to target the Argentinian Football Association and burn jerseys and pictures of Lionel Messi.

These statements were made ahead of a friendly match scheduled for 9 June 2018 in Jerusalem between Israel and Argentina. The match was later cancelled. The Disciplinary Committee held that Mr Rajoub’s statements incited hatred and violence, and consequently imposed the above-mentioned sanctions.

The 12-month match suspension imposed on Mr Rajoub entails a ban on taking part in any future match or competition taking place during the given period. Consequently, Mr Rajoub will not be able to attend football matches or competitions in any official capacity, which includes, among others, participating in media activities at stadiums or in their vicinity on matchdays.

The 12-month match suspension becomes effective today, when the grounds of the decision have been notified.

The punishment, unfortunately, is not as harsh as we would have hoped, bearing in mind that Rajoub is a former terrorist and his actions were inciting violence towards people, we feel he should have no place in football or any position of international politics.

In the time since the campaign was launched and his suspension, Rajoub was given the honour of meeting with Prince William during his visit to Israel and the Palestinian territories. It is shameful that someone of Rajoub’s calibre was given time to spend one-on-one with the future king.

Despite this, we welcome the move by FIFA and hope it will help Rajoub and the Palestinians to change their ways and stop their attacks against Israel. Football and international sport should not be the stage for the Palestinians to terrorise and demonise Israel. We must stand up to this.