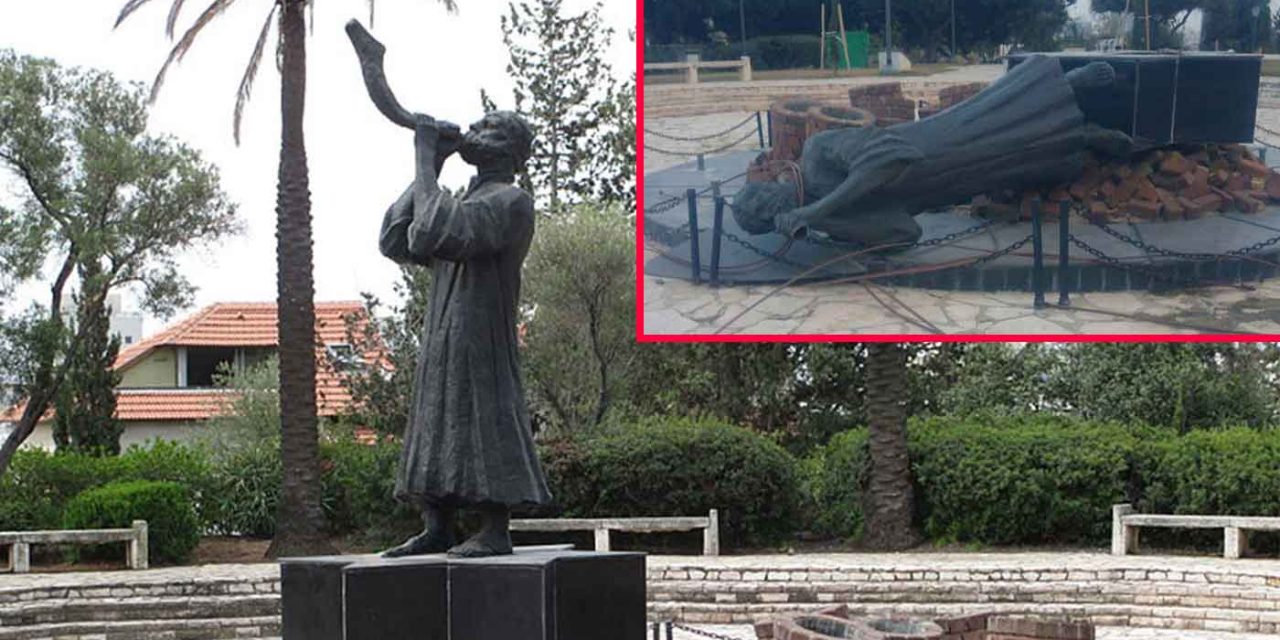 One of the main Holocaust memorial sites near Tel Aviv was vandalized overnight Tuesday, reminding us that anti-Semitism is everywhere.

Ramat Gan is a satellite town of Tel Aviv, Israel’s largest city. The Ramat Gan Municipality holds a Holocaust memorial ceremony every year at the memorial. It is known as the “Hatikvah” monument and was built by the artist Ruth Schteif Roger, a survivor of the Auschwitz death camp.

The monument is of a statue of a man who blows the shofar and stands on the Star of David. Around it are bricks and six red brick chimneys, in memory of the six million who had been killed by the Nazis and their henchmen, many in the gas chambers.

During the vandalism, the statue was toppled, resulting in the shofar breaking in half and the six chimneys were smashed up

The suspects are unknown at this time, but police have launched an investigation into the crime.

“I woke up this morning to this report and to horrifying pictures,” Mayor Carmel Shama Hacohen said, “I came to the area immediately to see first-hand and it was already decided to allocate funds to rebuild the statue and to restore the entire monument. A police investigation of the highest priority and urgency is underway in view of the gravity and sensitivity of the matter.”

The municipality of Ramat Gan said: “Following the destruction of the memorial monument for those who perished in the Holocaust, the municipality decided on a comprehensive restoration of the monument and to install the Har Habanim compound with security cameras.”