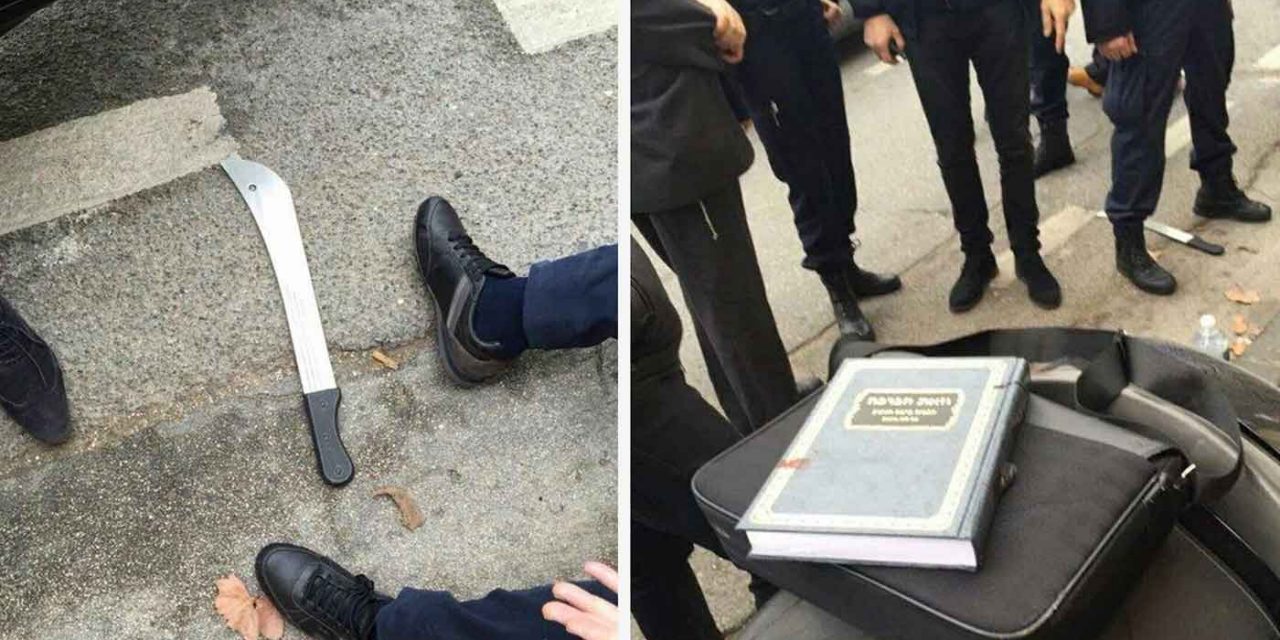 A Turkish teenager who attacked a Jewish teacher with a machete last January in Marseille, France has been sentenced to seven years in prison.

The teen has not been named, due to his age, was 15-years-old at the time of the attack. He was a Turkish student of Kurdish origin and claimed he committed the stabbing “in the name of ISIS”.

He targeted his victim, Benjamin Amsellem, 35, because he was Jewish. Amsellem was wearing a kippah, a Jewish skullcap, and traditional Orthodox garb.

The teenager lunged at his victim shouting “allah hu akbhar”, according to witnesses. He managed to hit Amsallem in the shoulder and knocked him to the ground, but the teacher fought back, armed with a Torah, kicking the boy while using the holy book as a shield.

This, LaProvence noted at the time, was “more than a symbolic detail at the epicentre of the clearly antisemitic act of aggression.”

Eventually passers by came to the victims aid and subdued the teen before police arrested him.

After the courts ruling last week, Ansallem, told the news website 20 Minutes how his life was turned upside down following the attack in Marseille. He said he now prefers “to wear a hat instead of the kippah in places where I don’t feel safe.” He said he had never before feared wearing a kippah in Marseille.

A juvenile court in Paris sentenced the teen on Thursday, Reuters reported. The trial began on Wednesday.