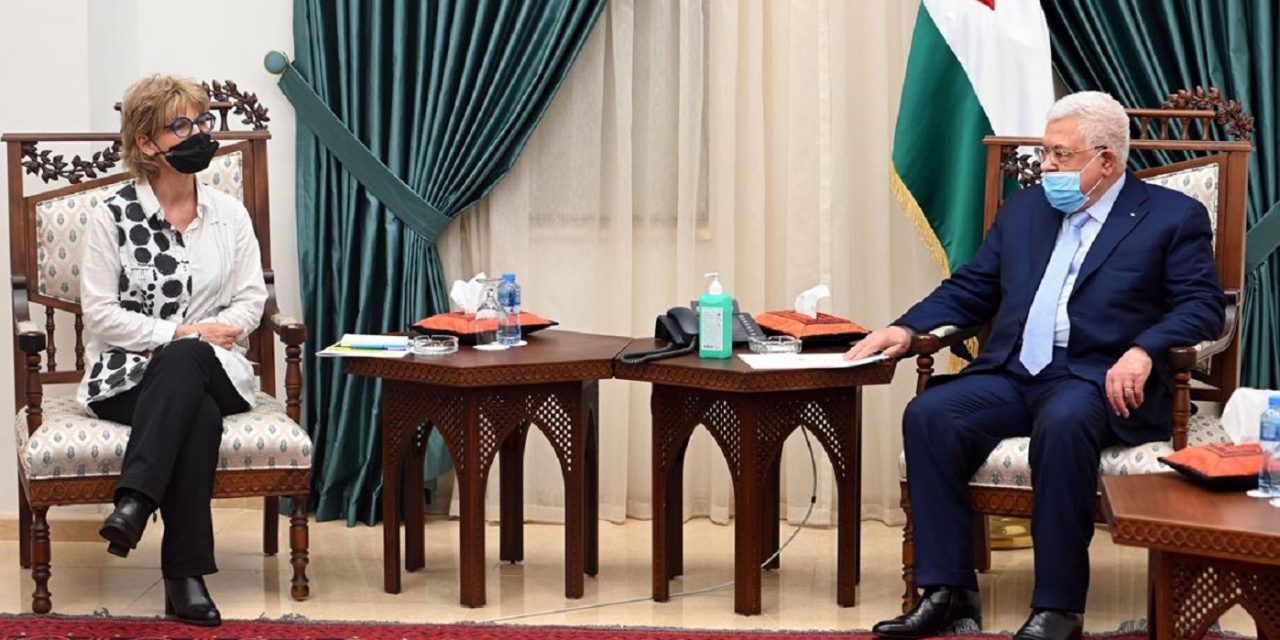 Abbas, who is in the 17th year of a four year term, expressed his appreciation to the human rights organisation, describing it as a “great effort made by the organization through several years of searching for the truth.”

Callamard, assured Abbas that the organization will do everything possible to “expose Israel’s practices of apartheid,” Wafa news agency reported.

During a meeting, Callamard and Abbas discussed the report and pledged to take further steps in cooperation with other countries.

“We have work in the coming months and years, and we are committed to doing everything possible with the international organizations to expose the practices of apartheid and the crimes committed by Israel against the Palestinians,” she said.

Abbas said that “Palestine will follow up with all countries and organisations in the world in order to explain what was stated in the report and implement measures that protect the legitimate rights of the Palestinian people”, according to Wafa.

Callamard told Palestinian media that “there was an in-depth discussion about the work they [Amnesty] are doing to put an end to apartheid”.

Meanwhile, Israeli officials have accused the London-based organisation of endangering the safety of Jews around the world.

“Amnesty’s report effectively serves as a green light… to harm not only Israel, but Jews around the world,” read a statement Monday from the Foreign Ministry spokesman’s office.

The statement said that the organization “uses double standards and demonization in order to delegitimize Israel. These are the exact components from which modern antisemitism is made.

“Its extremist language and distortion of historical context were designed to demonize Israel and pour fuel onto the fire of antisemitism,” it said.

The Israeli foreign ministry also said that Amnesty UK was “notorious for being corrupted by racism and xenophobia, and the organization’s secretary-general has previously accused Israel – with no basis or evidence – of murdering Arafat. It is not surprising that it took Amnesty eight years to back down from this serious and baseless accusation.”

Foreign Minister Yair Lapid said Monday that the rights group was no longer “a respected organization,”

“Today, it is precisely the opposite,” Lapid said in a video statement. “It isn’t a human rights organization, but just another radical organization which echoes propaganda without seriously checking the facts. Instead of seeking the truth, Amnesty echoes the same lies shared by terrorist organizations.”

He said the report’s claims are “delusional and disconnected from reality.”

“Israel isn’t perfect, but we are a democracy committed to international law, open to criticism, with a free press and a strong and independent judicial system,” he said. “Amnesty doesn’t call Syria — where the regime has murdered over half a million of its own citizens — an apartheid state. Nor Iran, or other murderous regimes around the world. Only Israel.”

Lapid said there was “simply no other explanation” for the organization’s inconsistency other than the fact that Israel is a Jewish state — apparently arguing the bias was of an antisemitic nature.